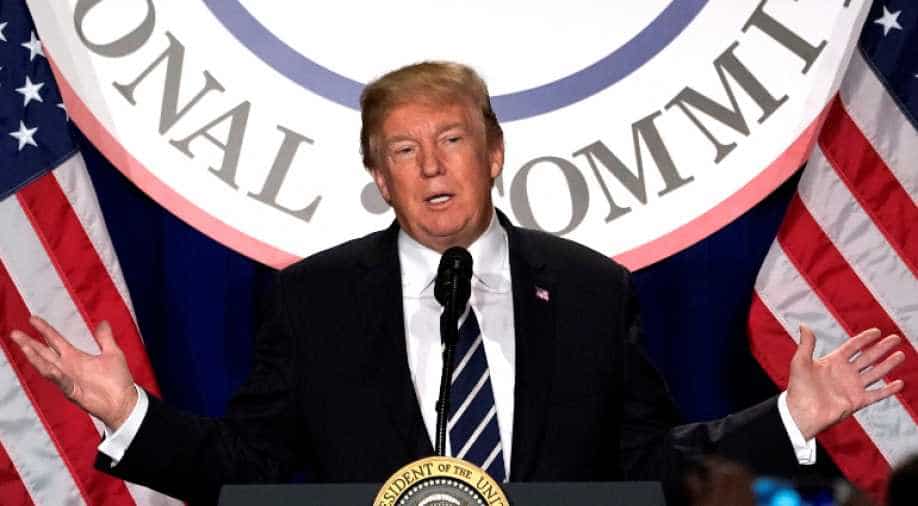 President Donald Trump and his Republican allies in Congress on Friday escalated a campaign against US law enforcement agencies over their probe of Trump's ties to Russia, releasing a disputed memo that the FBI warned was misleading and inaccurate.

The previously classified document, written by Republicans on the House of Representatives intelligence committee, alleges that the federal probe of potential collusion between Trump's 2016 presidential campaign and Russia was a product of political bias against Trump at the FBI and Justice Department.

The Under-19 World Cup final is underway, Australia won the toss and opted to bat first against India at Bay Oval, Mount Maunganui.

The pitch is more suitable for batting in the first innings and Australians have made a perfect decision but without a doubt, Indian bowling attack is in outstanding form.

Over 30 shops gutted in major fire at Madurai temple

Over 30 shops were gutted after a major fire broke out at Madurai's Meenakshi Amman temple on Friday.

A media outlet quoted a fire and rescue officer as saying that the fire started at a toy shop inside the pillar hall of the temple around 10 pm.

The fire was controlled before it spread to the main temple area, Madurai collector Veera Raghava Rao was quoted as saying by the media outlet. She added that the temple had been re-opened for devotees and that a probe had been launched into the incident.

Mehbooba Mufti: Indian Army 'most disciplined' force in the world

Jammu and Kashmir Chief Minister Mehbooba Mufti on Thursday ruled out revoking the controversial Armed Forces (Special Powers) Act in Kashmir "due to the prevailing situation" and asserted that the Indian Army is the "most disciplined" force in the world.

Mehbooba Mufti said the Army's footprint in the valley had increased due to the deteriorating security situation.

Spice Girls say they're getting back together again

The Spice Girls got back together on Friday for the first time since 2012 and announced plans to explore "incredible new opportunities" in the future.

The best-selling female group ever released photographs of the gathering.