Water starts receding, situation will be back to normal soon: Indian Navy on Karnataka floods 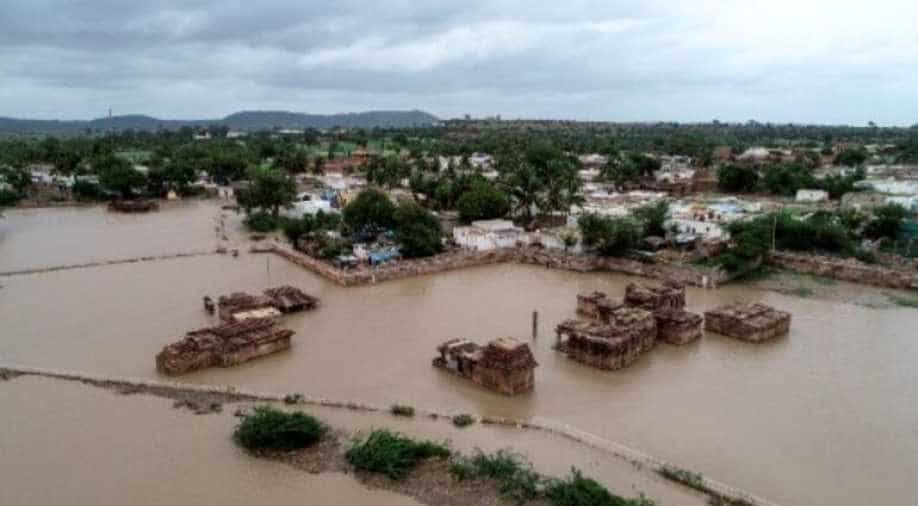 Continuing the rescue operation, the Indian Navy has deployed eight relief teams in the districts. The teams have so far managed to rescue nearly 2,200 people.

The water in flood-hit districts of Belagavi and Uttar Kannada has started receding and the situation will soon be back to normal, said Rear Admiral Mahesh Singh, Flag Officer Commanding Karnataka Naval Area, on Sunday.

"As of yesterday evening, the water has started receding. It is appreciated that the situation will be back to normal," Rear Admiral Singh told ANI.

Continuing the rescue operation, the Indian Navy has deployed eight relief teams in the districts. The teams have so far managed to rescue nearly 2,200 people.

Yesterday, Chief Minister BS Yediyurappa conducted an aerial survey and announced Rs 5 lakh compensation to next of kin of the people, who lost their lives in the floods that have crippled the state.

The Chief Minister informed that over two lakh people have been evacuated from flood-affected areas and 1.61 lakh people are in 664 relief camps across the state.

Yediyurappa also said that Meanwhile, all schools, and colleges -- government and private -- in affected flood-hit districts will remain closed till August 15.