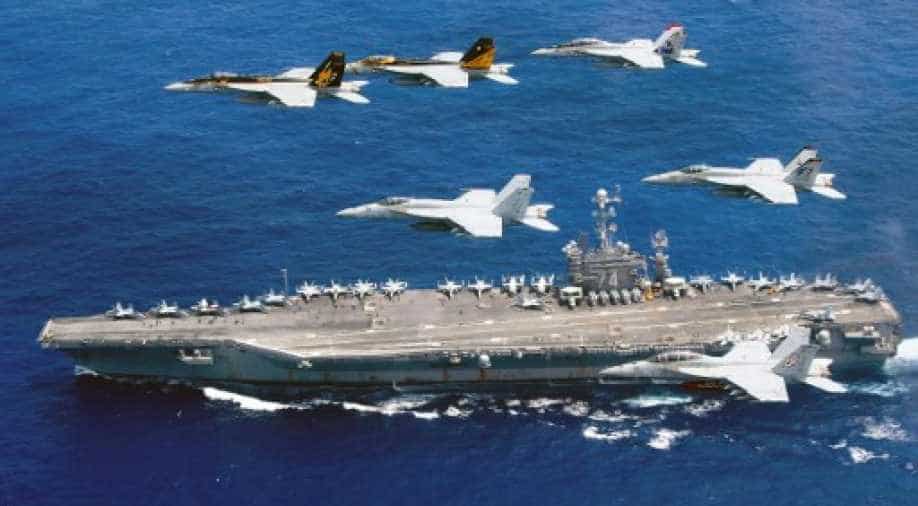 Four US navy ships and as many Indian ships were part of the drill. The Indian fleet included one Rajput-class destroyer, two Shivalik class frigates and one Kamorta-class anti-submarine warfare corvette.

Units of US Navy -- Nimitz Carrier Strike Group -- and Indian Navy undertook Passage Exercise (PASSEX) in the Indian Ocean on Monday. WION broke the story about the drill on Sunday evening.

Four US navy ships and as many Indian ships were part of the drill. The Indian fleet included one Rajput-class destroyer, two Shivalik class frigates and one Kamorta-class anti-submarine warfare corvette.

US Navy's USS Nimitz is one of the world's largest warship

Passage Exercise is transiting exercise in which a transiting unit joins other. India had a similar exercise with the Japanese at the end of June.

The development comes days after a violent face-off between India and China after "Chinese side took pre-meditated and planned action that was directly responsible for the resulting violence and casualties" according to Ministry of external affairs.

Nimitz aircraft carrier came from the South China Sea and was part of wargames along with USS Theodore Roosevelt.

The development is also significant given the increased Chinese presence in the Indian ocean. China has its only overseas military base in Djibouti in the horn of Africa, located strategically at the mouth of crucial sea lanes connecting Suez canal, the Gulf of Aden and wider Indian ocean.