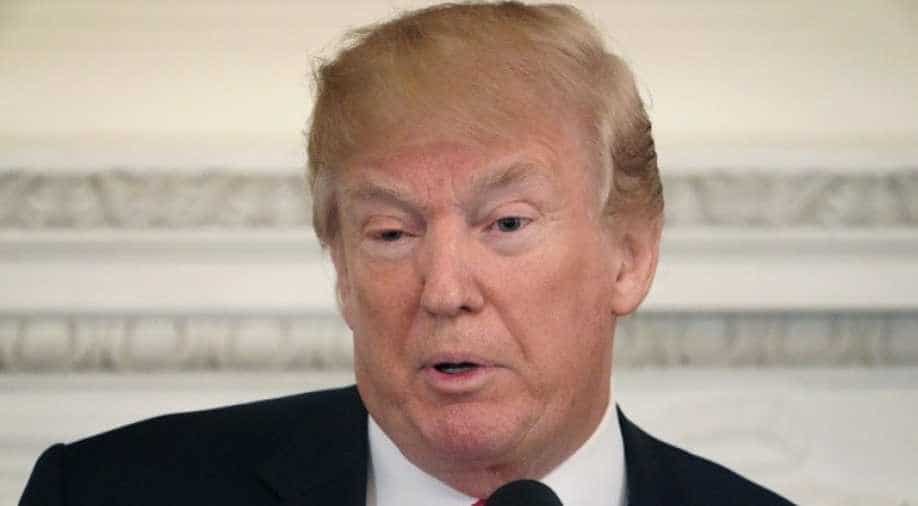 US President Trump did not spell out his conditions for talks. Photograph:( AFP )

'So they want to talk' Trump said, claiming that as a 'first' and adding 'we'll see what happens'

US President Donald Trump gave a cautious response to North Korea's offer of talks Monday, saying they would take place "only under the right conditions."

"We have been very tough with them," Trump said at the White House, after Pyongyang signaled its willingness to return to the negotiating table.

"So they want to talk " Trump said, claiming that as a "first" and adding "we'll see what happens."

He did not spell out his conditions for talks.

North Korea's offer is a barbed one, coming as allies Seoul and Washington struggle to agree on how to deal with the rogue nuclear power.

US officials fret that the offer could be an effort to drive a wedge between the allies or to buy time.

Trump's administration has embarked on a policy of "maximum pressure" to convince the North to abandon threatening missile and nuclear programs.

Trump has pointedly refused to rule out military action, much to the concern of South Korea.

"It's important that the US and the North sit together as soon as possible," Moon said.

Washington has long insisted that Pyongyang takes steps towards denuclearization before any talks take place.