Jaitley: Those demanding development must pay what's required of them 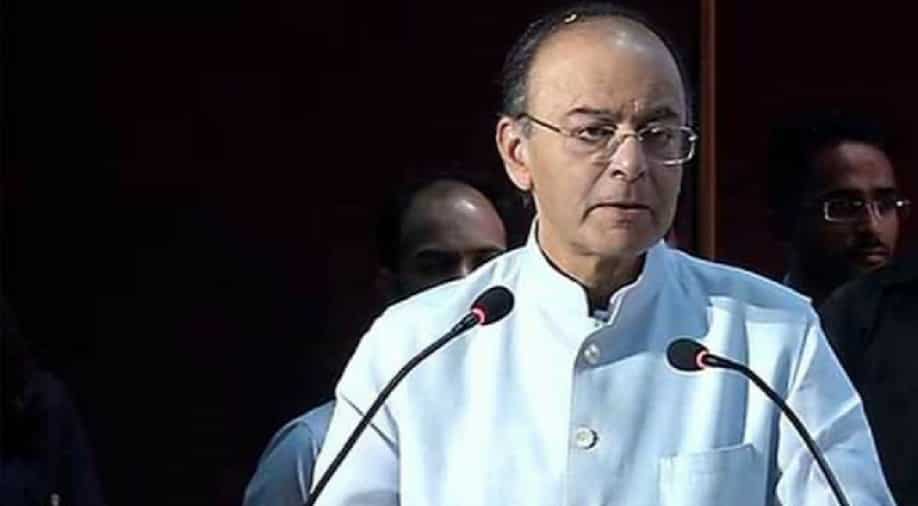 Finance minister Arun Jaitley opined that 'revenue is the lifeline of governance' and would help take India from being a developing economy to a developed one. Photograph:( ANI )

Union Finance Minister Arun Jaitley on Sunday stated that people who demand development of the nation need to pay what is required of them, adding that this money needs to be "spent honestly".

Delivering the Valedictory Address at National Academy of Customs Excise and Narcotics (NACIN) Founding Day and Passing-out Ceremony of the 67th Batch of Indian Revenue Services (IRS) officers (C and CE), Jaitley opined that "revenue is the lifeline of governance", and would help in taking India from a developing to developed economy.

"In a society which did not conventionally mind being a non-tax complaint one, people are realising the virtues of compliance which comes with passage of time. This is the reason for tax integration. Once change is established, we will have scope and space for improvement. And once we become revenue neutral, we need to think of better reforms," he said.

Urging tax compliance, the Union Minister stated that there are no grey areas in taxation, adding that tax officers need to be firm and fair to ensure that those liable to pay are complying, and those not falling within the bracket are not unnecessarily burdened.

"India is going through indirect taxation at a time when the economy is growing. Direct tax is paid by the more affluent sections, while indirect tax is a burden on all. This is why, in our fiscal policy, we try to make sure that basic commodities are least taxed," he said.

Lauding the passing out batch of officers and the NACIN for its commitment in introspecting and perfecting the system, Jaitley stated that civil services, which was once considered elite, has now seen massive social and geographical spread and has radically changed to become a mirror of the Indian society.

Further, Jaitley said the connect to the roots is far greater, and the last two years provided an opportunity to the officers to have a closer look at the country and assess the real situation of the society. This, he said, lead to socio-economic expansion of the service.

Advising the outgoing batch, Jaitley said they must maintain proper conduct and credibility, and ensure fairness in all orders with a thorough approach.

"You are at the threshold of a new career. There are multiple paths available. Some can take you off track, while some can ensure stability. Undoubtedly, the latter is the more difficult one to choose. However, it is the more stable and credible path, and more likely to render success," he said.

"Your peers and seniors can be your best judge. When in doubt, comply with the rule book. Standards of fairness and compliance must be the highest. You do not have to invite fear for this. The distinction is very subtle but exists. You must all endeavor to come out with flying colours," concluded Jaitley.