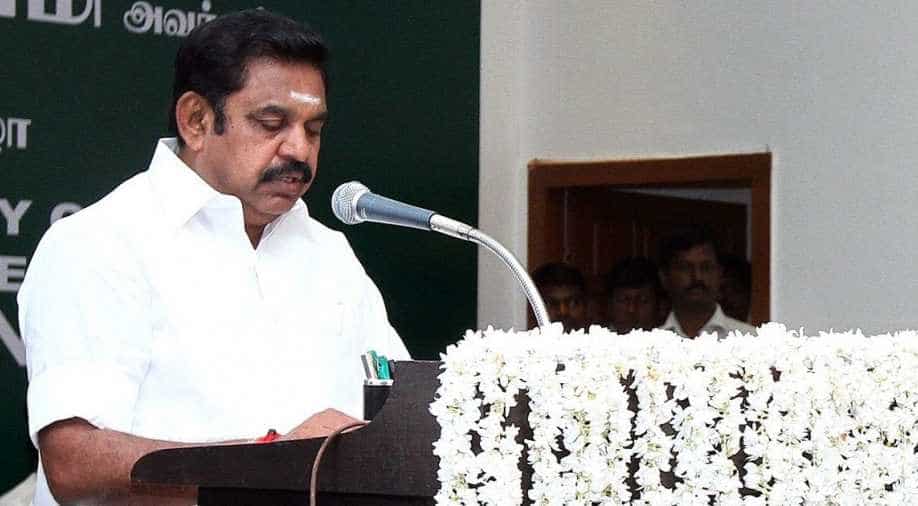 There has been widespread discussion on social media that existing districts and places would get new names -- Coimbatore to Koyampuththoor, Tuticorin to Thooththukkudi, Vellore to Veeloor etc. On Wednesday, a complete notification pertaining to the renaming was circulated.

The Tamil Nadu government is open to reconsidering few of the 1018 new names that were released as a part of a list to rename the districts and towns based on Tamil phonetics. K Pandirajan, Minister for Tamil Official Language and Tamil Culture, told WION that the government has received a few requests pertaining to some names and that they would be considered.

“We have not recreated a new name; we have only modified the existing ones as per Tamil phonetics. We have only changed the English version of the name. From the Central committee, we received a list of 3,500 names that had to be modified and we cut it down to 1018. In our state, many of the existing names are British legacies and are in English. In certain cases(as seen in the notification), the central committee has approved the names suggested by the district collectors and in certain cases they have suggested new ones,” he said.

There has been widespread discussion on social media that existing districts and places would get new names -- Coimbatore to Koyampuththoor, Tuticorin to Thooththukkudi, Vellore to Veeloor etc. On Wednesday, a complete notification pertaining to the renaming was circulated.

While social media users have had a field day, thanks to the new, rather unusual spellings, many scholars and historians have partially welcomed the renaming move.

Author and Historian V Sriram said that this is good move and that the names must reflect what is correct as per the Tamil language, as colonially the names have been subjected to a lot of corruption. However, he also pointed out the need for consistency in renaming and looking at the historical correctness.

“This is a good move, but its implementation could have been better. As per the new names, two words with same pronunciation are spelt differently. Also we must look at the historically correct names if we are trying to set history right. Mylapore, historically speaking is only Mylai, but the new name is Mayilappoor. However, I’m quite happy that they are trying Tamil names. For places in  France or England, they have a different pronunciation(from what is written), but we learn to pronounce those names” V Sriram told WION.

Some social media users say that the move is an attempt to appease the Tamil population ahead of the 2021 Assembly elections.

Pointing out that name changing is nothing new, veteran journalist and Tamil scholar S Sampath Kumar said that it looks cosmetic and cannot be projected during the polls. He added that it won’t attract much attention as it is not a livelihood issue that concerns the people. Stating the examples of how Calcutta become Kolkata, he said renaming has been quite normal.

“Chennai was being used in Tamil media much before the new name replaced Madras. Virudhupatti, as it was called earlier was renamed Virudhunagar. Now, its not just English that is being replaced, but also Sanskrit. Srivaikundam and Srirangam will henceforth be called Thiruvaikundam and Thiruvarangam respectively. But in due course of time, the new names will also be gradually accepted”, he told WION.

While the names of over 1000 smaller towns and districts are being reverted to their Tamil form, some have raised questions about the very names(current) of the state and its capital city.

Political Analyst Dr Sumanth C Raman said that the timing of the announcement was not very apt as it has come in the middle of the pandemic. Tamil Nadu is facing a tough time with over 38,000 total Covid-19 cases, of which over 27,000 are in Chennai.

“We should ensure that that new names are easy, not very long and convenient to write down. Going by the pattern of phonetic renaming, why not call the state Thamizh Nadu? Many also point out that the capital city’s name(Chennai)  isn’t a pure Tamil word,” he told WION.