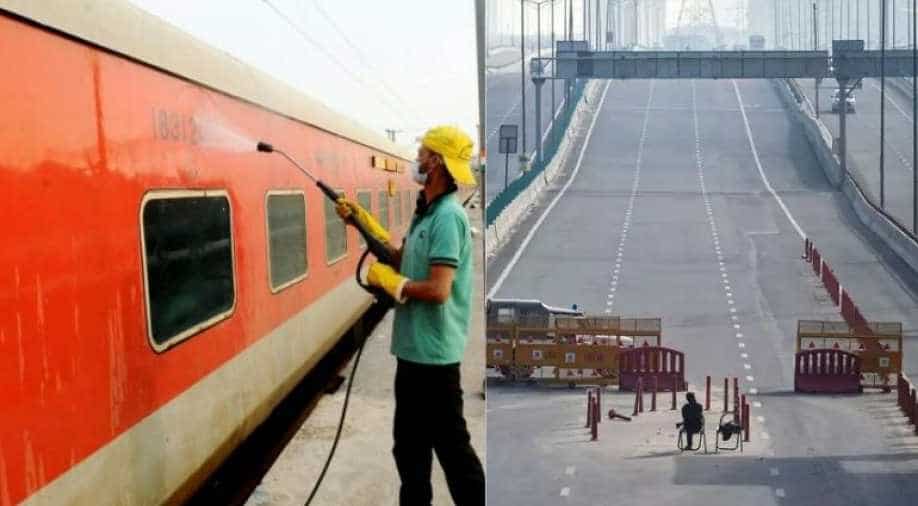 A view of the inside of a COVID-19 Care Centre prepared by modifying train coaches near Shakur Basti Railway Station in New Delhi.

The Supreme Court Thursday said the governments of Delhi, Haryana and Uttar Pradesh must hold a meeting and consider evolving a common policy and portal to facilitate inter-state movement in the NCR which is allegedly restricted amid the COVID-19 pandemic.

A bench headed by Justice Ashok Bhushan said these states should endeavour to find out a common programme and portal for inter-state movement within the National Capital Region.

The bench, also comprising Justices S K Kaul and M R Shah, further stated that there should be a consistent policy in this regard for the NCR.

Also read: Employers and employees to negotiate themselves for wages during lockdown: SC

The apex court was hearing via video-conferencing a plea, filed through advocate Anindita Mitra, which has raised the issue of alleged restriction on movement for permissible activities in the NCR owing to sealing of borders due to the coronavirus pandemic.

The bench said a recommendation suggests that there should be one common pass for NCR which should be recognised in these states.

It asked Solicitor General Tushar Mehta to take instructions on this issue and posted the matter for hearing after a week.

The counsel appearing for Haryana informed the bench that the state has lifted the restrictions on movement at its borders.

On May 15, the apex court had sought responses from the Centre and governments of Uttar Pradesh, Haryana and Delhi on the plea which has alleged that "complete sealing of borders" within the NCR and restrictions imposed on the movement of citizens was in violation of the new guidelines of the Ministry of Home Affairs (MHA).

The plea has sought to declare as unconstitutional the measures by the district administrations of Haryana and Uttar Pradesh which allegedly restrict movement for permissible activities in areas falling within the NCR due to "blanket orders of sealing borders without reasonable exceptions".

It has alleged that these measures are in violation of the MHA's May 1 guidelines which allow movement for permissible activities and has been adopted by these states.

It has sought to declare as illegal such measures which restrict movement in the NCR.

It has also sought directions to governments of Delhi, Haryana and Uttar Pradesh to set up and maintain a common portal or mechanism for movement pass within the NCR for permissible activities as per MHA's guidelines.