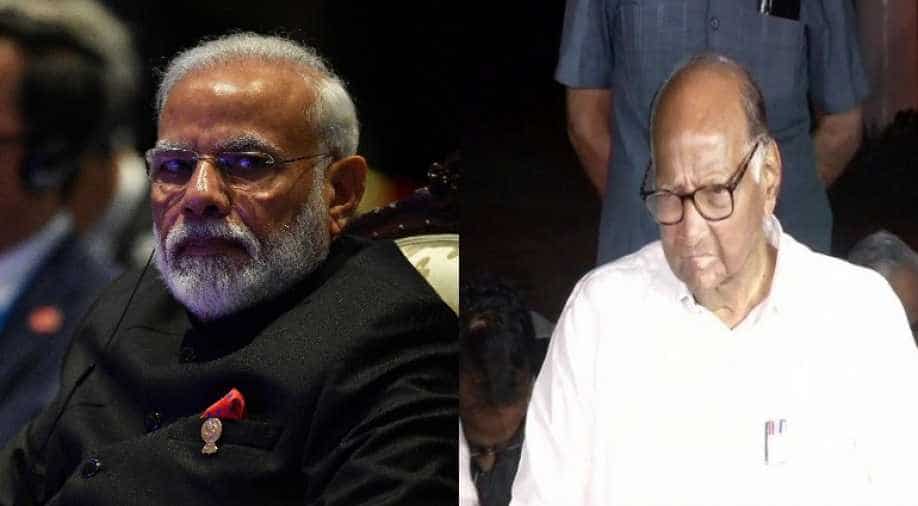 A new political scenario might create in Maharashtra with Pawar-Modi meet. The government in Maharashtra can also be formed if NCP and BJP come together.

Amidst the power struggle in Maharashtra, NCP chief Sharad Pawar met Prime Minister Narendra Modi on Wednesday to discuss the farmer crisis in the state.

"Due to the prevalence of Presidential Rule in the state, your urgent intervention is highly necessitated. I shall be grateful if you take immediate steps to initiate massive relief measures and ameliorate the miseries of the distressed farmers" Pawar wrote in a letter to the prime minister.

"I have collected data on crop damage from two districts, but damage because of excessive rains extends to rest of Maharashtra, including Marathwada and Vidarbha. I am collecting details and information regarding the same, which should be sent to you at the earliest," Pawar added.

Farmers have not yet received any loan waiver and in the wake of recent damage, the current farm loans should also be waived, Pawar wrote.

Earlier on Monday, PM Modi praised NCP and Biju Janata Dal (BJD) for following the parliamentary norms in a address to the Rajya Sabha (Upper House). The prime minister also added that his own party should learn from them.

Pawar also met Congress chief Sonia Gandhi on Monday at her residence in Delhi but denied any talks regarding government formation in the state. Both Congress and NCP leaders will meet on Wednesday in the national capital regarding the common minimum programme (CMP) prepared by three parties
including the Shiv Sena to form government in the state.

Earlier, Shiv Sena and BJP, who came together for elections in Maharashtra, had a fallout over power sharing agreement in the state. Shiv Sena claims that both parties agreed upon a 50:50 power sharing deal in which chief ministers from both the parties will hold office for a period of 2.5 years. However, BJP denies this claim.

In the Maharashtra Assembly elections that were concluded on October 21, BJP won the maximum number of seats 105.  Shiv Sena, NCP and Congress won 56, 54 and 44 seats respectively. A majority of 144 seats is required to form government in the state.