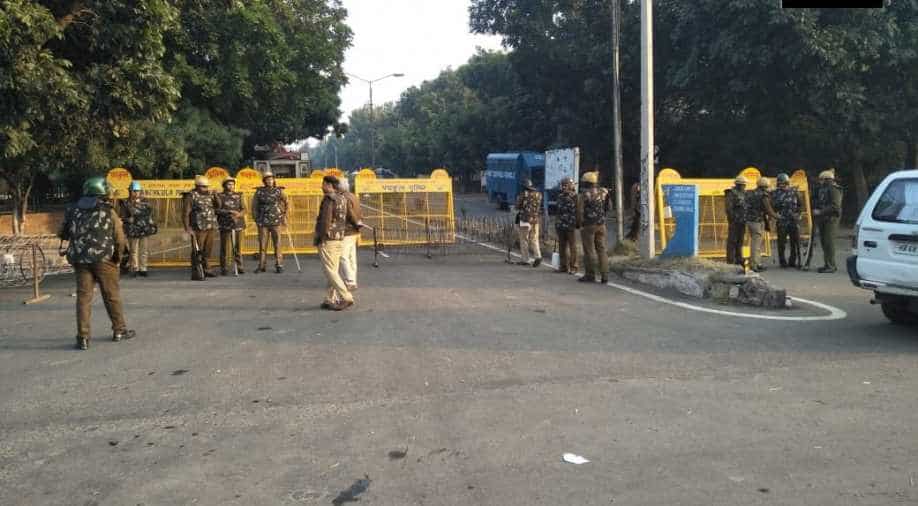 Violence had erupted in Panchkula and Sirsa in Haryana in August 2017 following the conviction of Dera sect head Gurmeet Ram Rahim Singh, leaving over 40 persons dead and scores of people injured

Security has been beefed up in Haryana and parts of Punjab in the wake of Special CBI court in Panchkula's likely verdict on Friday in the journalist murder case in which jailed Dera Sacha Sauda Chief Gurmeet Ram Rahim Singh is an accused.

Elaborate security arrangements have been made in Haryana especially in Panchkula, Sirsa (headquarter of Dera) and Rohtak districts with several companies of the state armed police, anti-riot police and commando force being deployed to deal with any law and order situation.

Directions have been issued to police in all the districts not to allow any unnecessary gathering and maintain extra vigil, said police official adding that police barricade have also been laid at several places.

Additional police force has also been deployed near the headquarters of Dera Sacha Sauda in Sirsa in Haryana, police said.

Violence had erupted in Panchkula and Sirsa in Haryana in August 2017 following the conviction of Dera sect head Gurmeet Ram Rahim Singh, leaving over 40 persons dead and scores of people injured.

The 51-year-old sect head is currently serving a 20-year prison term in Rohtak's Sunaria jail for raping two of his women followers.

In Punjab where there are sizeable numbers of Dera followers, elaborate security arrangements have been made in Bathinda and Ferozepur ranges.

Around 2,000 security personnel have been deployed in Bathinda range, he further said.

In Ferozepur range as well, security has been tightened by Punjab police, police said.

The verdict in 2002 murder of journalist Ram Chander Chhattrapati is likely to come on January 11.

On Tuesday, the special CBI court in Panchkula had accepted the state's plea and allowed presence of Gurmeet Ram Rahim Singh through video conferencing for a January 11 hearing in the murder case of a journalist.

Gurmeet Ram Rahim will appear through video conferencing for the hearing in journalist Ramchandra Chhatrapati's murder case on Friday, when the court is likely to pronounce its verdict.

He has been named as the main conspirator in the case which dates back to 2002.

Chhatrapati was shot at in October 2002 after his newspaper, 'Poora Sach', published an anonymous letter narrating how women were being sexually exploited by Gurmeet Ram Rahim at the Dera headquarters in Sirsa.