Save your seat before saving country: Ram Madhav hits out at Andhra CM 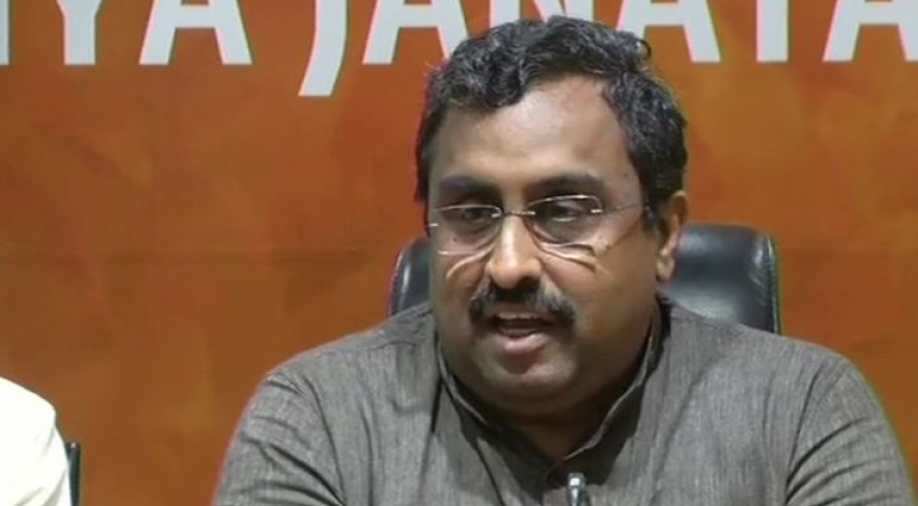 Telangana Legislative Assembly election is scheduled to be held on December 7 and the counting of votes will take place on December 11.

Taking a jibe at Andhra Pradesh Chief Minister N Chandrababu Naidu for tilting towards the Congress party, Bharatiya Janata Party (BJP) General Secretary Ram Madhav on Saturday opined that the Telugu Desam Party (TDP) Chief should first save his seat before thinking about saving the country.

"First of all, Naidu talking about saving the country is a big thing. I believe that he must first try to save his own chair in the state. The current Andhra Pradesh government is unpopular and practices menaces like corruption. The TDP will surely loose upcoming 2019 elections," he told ANI.

The TDP leader, since then, has leaned on the Congress and other opposition parties.

Madhav reiterated that by allying with the Congress, Naidu is destroying the legacy of his own party.

"This political outfit (TDP) was formed by N T Rama Rao in 1982 to weed out the Congress from the two Telugu speaking states- Andhra Pradesh and Telangana. He (Naidu) first backstabbed his father-in-law (N T Rama Rao) and became the chief minister, and now he is backstabbing his own party members," the BJP General Secretary added.

Madhav's remark came after Naidu, who met Congress president Rahul Gandhi earlier in the week to discuss a TDP-Congress alliance, had said the two parties were coming together to save the nation.

When asked about the upcoming Telangana Assembly elections, Madhav asserted that his party will surely emerge victorious by bagging the maximum number of seats.

"People in Telangana are really fed up with the present government. BJP is contesting with full strength with all 119 seats in the state and we are hopeful that Telangana would spring a surprise result in elections this year," he stated.

Telangana Legislative Assembly election is scheduled to be held on December 7 and the counting of votes will take place on December 11.