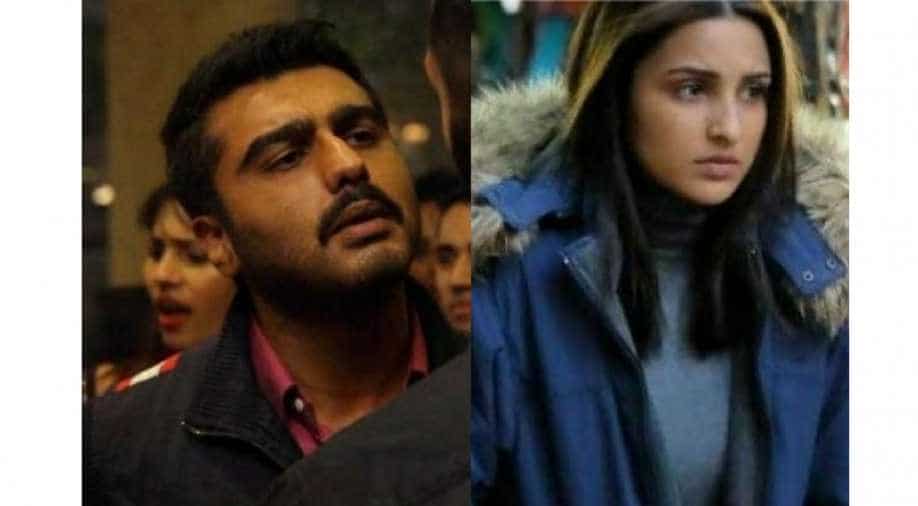 Arjun Kapoor and Parineeti Chopra who are currently shooting for the forthcoming film “Namastey England” shared the first look of their characters from their other film “Sandeep Aur Pinky Faraar” which is slated to release on August 3, 2018.

Helmed by Dibakar Banerjee, “Sandeep Aur Pinky Faraar” will bring together the on-screen Jodi of Arjun and Parineeti. In the film, Arjun plays an ambitious 30-year-old Delhi Police officer who wants a promotion in his rank while Parineeti’s role still kept under wraps for the audience. Also Read: Arjun Kapoor's emotional post on mother's 6th death anniversary will leave you in tears!

Taking to Twitter, Arjun shared a new look from his character of the film. He looks aggressive and in anger while Parineeti in a still from the film looks deep into her thoughts.

Arjun and Parineeti were recently spotted in Patiala shooting for “Namastey England”. In February, the two were clicked with director Vipul Amrutlal Shah at Golden Temple in Amritsar.