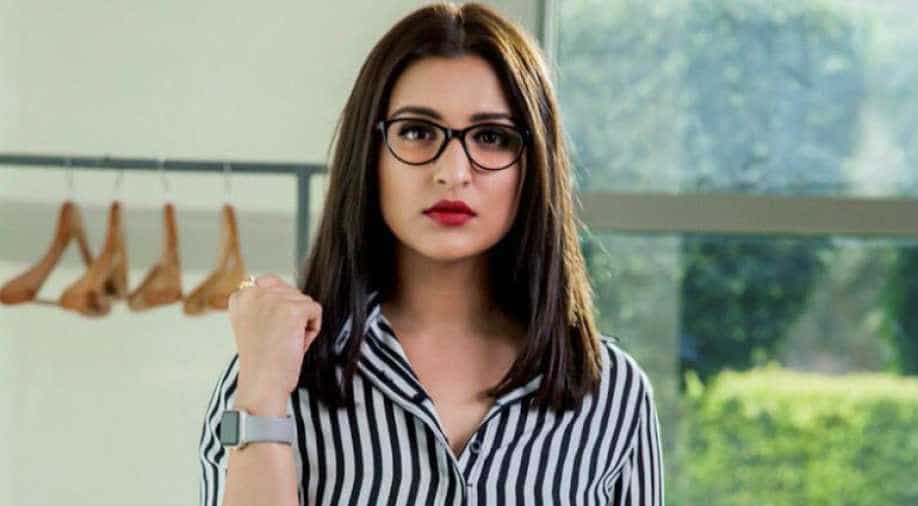 Parineeti Chopra is paired opposite Arjun Kapoor in this film which is being directed by Dibakar Banerjee. Photograph:( Twitter )

After treating fans with the first look of Arjun Kapoor from Sandeep Aur Pinky Faraar, the makers on Monday unveiled Parineeti Chopra`s corporate avatar in the film.

The Golmaal Again star looks classy in a black-and-white striped shirt and a black blazer which she paired with a black pencil skirt. The black spectacles add a geeky touch to her character.

The official Twitter handle of the movie shared the pictures with the caption, "Presenting @ParineetiChopra in an all-new, never-seen-before avatar in #SandeepAurPinkyFaraar | @SAPFTheFilm." Parineeti, too, shared the photos on her Twitter page.

No 2 - the first look of Sandeep aur Pinky Faraar! pic.twitter.com/FkkLA8iTaH

Directed by Dibakar Banerjee, Sandeep Aur Pinky Faraar is set to reunite Parineeti with her Ishaqzaade co-star after a gap of six years.