Russia has not offered to mediate between India & Pakistan: Indian envoy to Russia 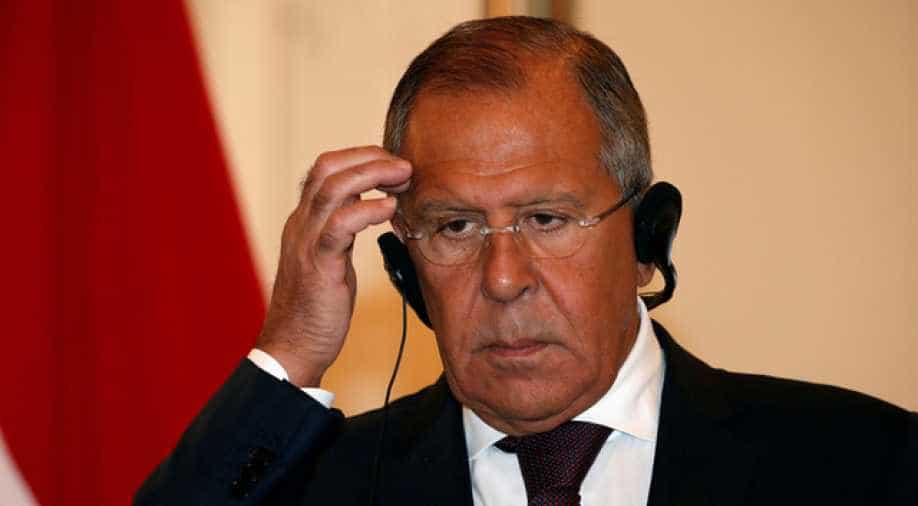 Pakistan said on Friday, after a call by Pakistani Foreign Minister SM Qureshi to his Russian counterpart Sergey Lavrov (pictured), that Moscow had offered to mediate between India and Pakistan. Photograph:(Reuters)
Follow Us

Pakistan had claimed on Friday that Moscow had offered to mediate between India and Pakistan.

India has highlighted to Russia how a MiG-21 brought down a Pakistani F-16 in its recent skirmish with Pakistan.

In an interview to the Russian news agency RIA Novosti, Indian Ambassador to Russia Bala Venkatesh Varma said,  "India was forced to defend its interests, including through the use of MiG-21 fighter aircraft supplied by Russia, which brought down the Pakistani F-16."

In response to India's counter-terrorism operation in Pakistan on Tuesday, Islamabad launched a large-scale air force raid into Indian airspace. The Pakistani operation was aimed at Indian military installations.

In the skirmish that followed, Wing Commander Abhinandan Varthaman shot down a Pakistani F-16. Abhinandan's MiG-21 Bison was later shot down and he was captured.

The MiG-21 Bison is a single engine, single-seater, multi-role fighter aircraft of Russian origin and forms the backbone of the Indian Air Force.

India is the largest operator of the MiG-21, which also played an important role in the 1971 India-Pakistan war.

Ambassador Varma also clarified that there is no Russian offer to mediate between India and Pakistan and even if Moscow proposes one, New Delhi will not accept it.

"I want to emphasise that we did not receive a formal offer of mediation. And even we do, we will not accept it. So far, no country has offered to mediate in resolving the conflict," Varma said.

Pakistan's Foreign Office said Friday, after a call by Pakistani Foreign Minister SM Qureshi to his Russian counterpart Sergey Lavrov, that Moscow had offered to mediate between India and Pakistan.

Varma, in the interview, thanked Moscow for its support to a proposal last week to list Jaish-e-Mohammed (JeM) chief as an international terrorist under the United Nations Security Council 1267 committee.

Russian President Vladimir Putin spoke to PM Modi on Thursday expressing his deep condolences on the Pulwama terror attack and conveying his solidarity with New Delhi in its fight against terrorism.

President Putin also invited Prime Minister Modi to attend the Eastern Economic Forum in Vladivostok later this year. This is for the second time this year, PM Modi and President Putin spoke to each other.