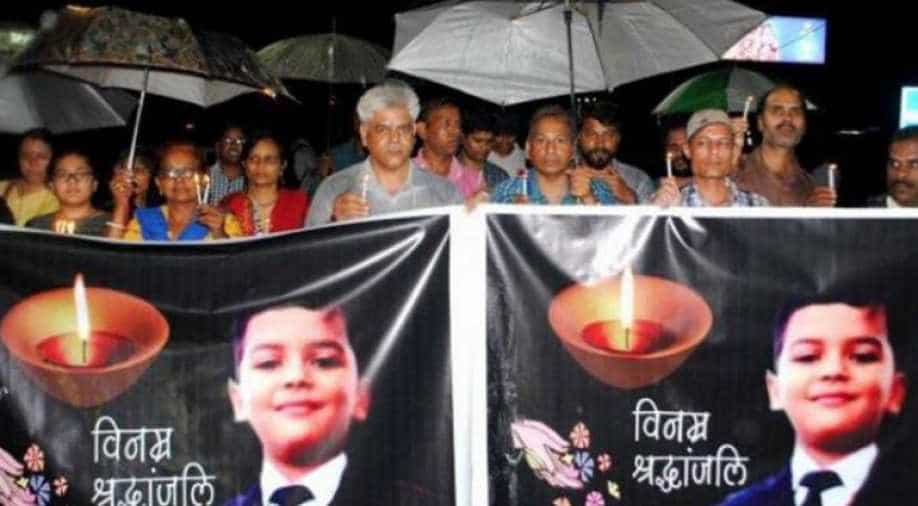 Pradyuman was found in a pool of blood with his throat slit inside Ryan International School, sparking a public outcry. Photograph:( Zee News Network )

The Supreme Court on Friday adjourned the hearing on cancellation of bail granted to Pinto family on Monday.

The High Court had, on November 21, granted an anticipatory bail to the Pinto family, in connection with the case.

Justice Surender Gupta, however, barred them from leaving the country without permission and directed the family to extend their help in the investigation.

Pradyuman was found in a pool of blood with his throat slit inside the school, sparking a public outcry following which the Gurugram Police arrested bus conductor Ashok, accusing him of killing the seven-year-old student.

But the Central Bureau of Investigation (CBI), which is now probing the matter, gave him a clean chit and held a class 11 student responsible for the murder.