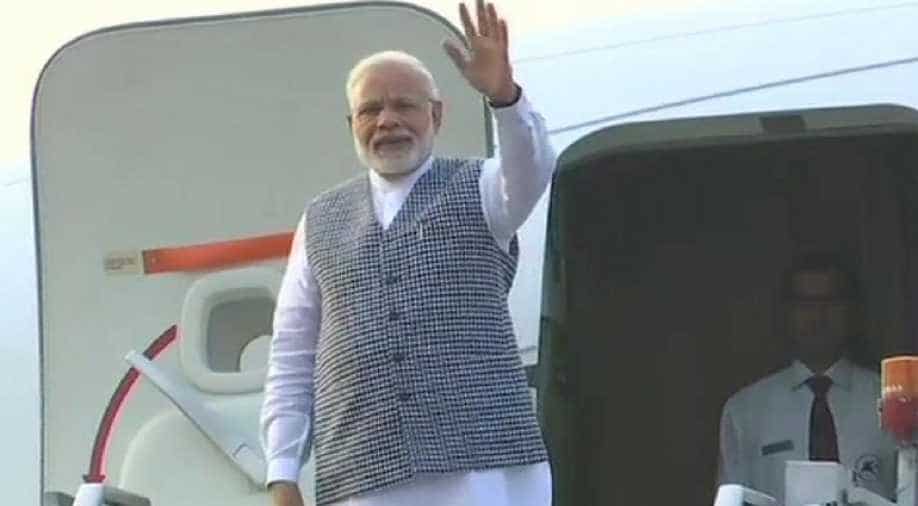 &nbspPrime Minister Narendra Modi left for a two-day visit to Nepal&nbspwhere he will be attending fourth Bay of Bengal Initiative for Multi-Sectoral Technical and Economic Cooperation (BIMSTEC) summit.

Delhi: Prime Minister Narendra Modi leaves for a two-day visit to Nepal. He will participate in 4th BIMSTEC Summit in Kathmandu. pic.twitter.com/cpiqaPDtUt

He will reportedly arrive in Kathmandu by 8:30 am (local time) via a special&nbspchartered flight.

The summit will be held from August 30 to August 31. BIMSTEC, the regional group of seven countries which lies near the Bay of Bengal, includes Bangladesh, Bhutan, India, Myanmar, Nepal, Sri Lanka and Thailand.

Along with Prime Minister Modi, his Bangladeshi counterpart Sheikh Hasina Wazed will also arrive in the country. Reports say that PM Modi is expected to hold a meeting with Bangladesh PM&nbspon the sidelines of the event.

During the event,&nbspPM Modi will be&nbsphanding over the hospice built in the premise of the Pashupatinath with Indian aid to Nepal.

The foundation stone to build the hospice in the Pashupatinath Temple premises was laid in 2001 and it will be handed over to Nepali Prime Minister KP Oli on Friday.

The hospice is claimed to have facilities like that of three-star hotel and the Indian Government has given assistance of 22 crore Nepali rupees. It can host about 398 pilgrims at a time, which has 82 rooms in total.

Meanwhile, as the head&nbspof states of BIMSTEC are arriving in the country heavy security measures are in effect.

Nepal's only international airport,&nbspthe Tribhuvan International Airport will be closed for about two-and-a-half hour&nbspfor the arrivals of VVIPs.

The Nepal Army is designated to take on the central charge of the security during the BIMSTEC Summit, however,&nbspPM Modi has opted to bring on the security of his own.

ANI reported that a total of 35 special commandos for the security of Prime Minister Modi have already&nbspin Kathmandu since late last week.