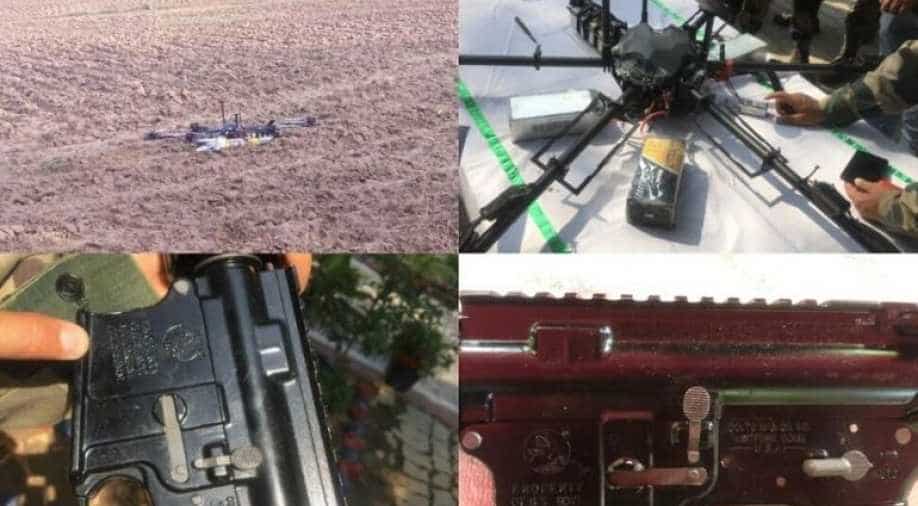 On examination of the payload of the shot down drone, a US made M-4 rifle, two magazines, 60 rounds of ammunition and seven grenades were found

The Border Security Force (BSF) on Saturday morning shot down a Pakistani spy drone carrying weapons, at the border outpost (BoP) Pansar along the International Border in Kathua district of Jammu and Kashmir.At about 5:10 am, the Pakistan spy drone was spotted in the area of responsibility (AoR) of BoP Pansar, Hiranagar of the BSF, as per initial reports.

SI Devender Singh fired 8 rounds and shot down the drone 250 meters inside the Indian territory on the Indian side of the International Border (IB), sources said.

Also read: Pakistan's top chiefs convene at ISI headquarters for an unusual meeting; India to keep up its guard!

The width of the drone from blade to blade was 8 feet.

"On examination of the payload of the shot down drone, a US made M-4 rifle, two magazines, 60 rounds of ammunition and seven grenades were found, police said.

"The consignment was for some 'Ali Baba' as the payload carried his name. It seems the Pakistani outpost opposite our Panesar border outpost was controlling the drone", they added.

Multiple weapons have been recovered from the drone which was brought down by the security forces. Further details are awaited.