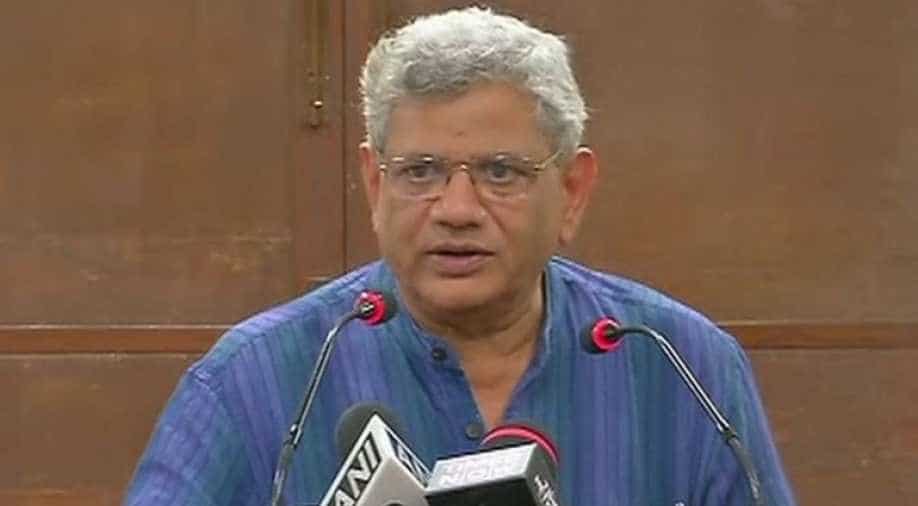 CPM general secretary Sitaram Yechury noted on Tuesday that the opposition is considering pressing for the impeachment of CJI Dipak Misra.

He also noted that the only option left to tackle the matter is through an impeachment motion.

"Looks like the crisis is not resolved yet, so need to intervene and its time to play the role of an executive," Yechury noted.

He also shared that CPM is in the process of discussing the possibility of an impeachment motion against CJI with other parties -- such as NCP, RJD SP -- during the Budget session.

He urged the judges to sort their "grudges" on their own.

Yechury called the ongoing Supreme Court tussle a "very dangerous situation" and called out to the Modi government to mediate the matter with the assistance of the parliament and the legislative authorities.

"We are trying that in next 2-3 days we take some decision and move forward," he noted.

The passing of the impeachment motion will require a majority of two-thirds support -- a task that looks difficult to achieve as the BJP has cornered itself from participating in the move.