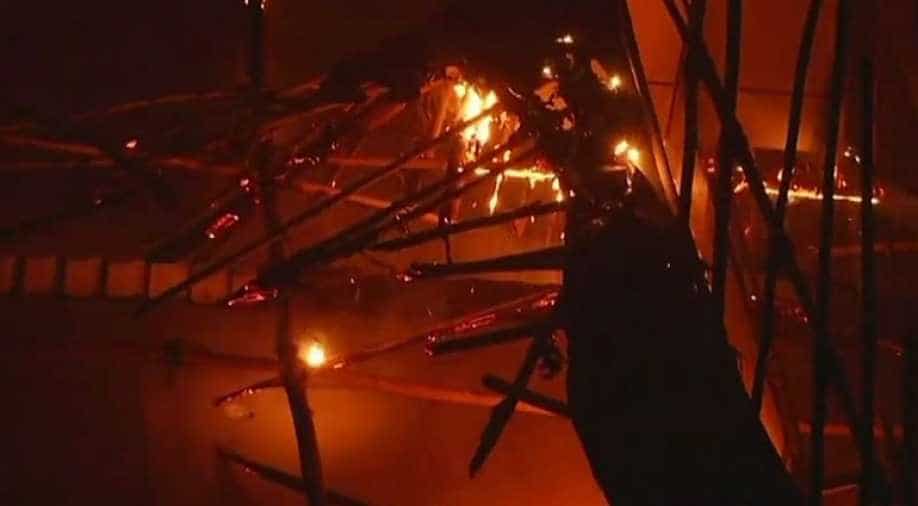 14 are dead in India's financial capital at Mumbai today. In a country with a billion population, a few more than a dozen death does not look like a tremendous tragedy. It will make the headline, as it has done today, but rest assured like all other similar fire-related deaths in the past, it will soon disappear from the news cycle. Another new year is only a weekend away. We will turn our face back from the old to the new.

A nation which takes the death of its citizen so casually is a callous nation. It is barbaric to treat human lives so cheaply. Our children die of lack of oxygen, our women are suffocated to death from smoke, our trains get derailed, killing hundreds each year.

As a nation-state, we celebrate the accuracy of the missile Brahmos but fail to implement fire audit measures in our metropolis. Can there be a greater irony in our admiration for the technological feat and our complete apathy at letting that skill improve our daily living?

Honestly, because of the frequency with which fire breaks out in India, I was under the illusion that the country lacks a fire security code. Not one but two experts in the field proved me wrong.

WION spoke to Ajeet Singh Shekhawat, an Inspector General of Police who was in-charge of Central Industrial Security Force (CISF) and Shekhar Mehta, who is currently the AVP of CREANTUM, a private security agency.

"We feel India is still unsafe", was their candid appraisal of the threat fire poses to public buildings in India. Even our homes and kid's schools are not safe. Not to mention hospitals and offices. No Fire Exits, No sprinklers, congested escape routes. These are the manifestations of a deeper malaise, stemming from apathy and corruption.

Financial misconduct at the level of 2G and Fodder scam shake the consciousness of the nation but it is petty bribery that marks our daily transaction at various levels that I think inflicts the gravest damage.

Reports are coming out as to how the entire structure at Kamala Mills functioned without a semblance of fire security measure. It is very simple things that could have saved lives not only in this case but in each and every fire-related tragedy that we have encountered so far. The ICU of Metro Hospital at Preet Vihar, New Delhi which caught fire recently need not have resulted in so many deaths if there were fire dampers installed at the conduit of automatic ACs installed in the building.

Similarly, the fire in the restaurant at Kamala Mills could well have been avoided simply by, first, insisting upon the restaurant owner to have all the fire suppression/protection systems in place before granting them the license to operate the business. Second, the fire protection systems then should have been periodically checked and certified. "This was apparently was not done", both Shekhawat and Mehta pointed out to me in unison.

So many people die every year from fire injuries and choking from the smoke. How can the country remain apathetic with such consistent loss if life?

"Every institution and individual thinks that it will not happen to them;  hence, continue to ignore the basic fire safety". This complacency, according to Shekhawat and Mehta, was the root cause of behind the perpetuation of the loss of life from fire breakouts. People are reluctant to install fire safety measures as it involves expenditure and allotment of precious floor space.

A conscious country is a safe country. Our institutions and laws of the land would function better if we take interest in its implementation.

Let's insist on fire audits, let's discuss fire safety measures, let's boycott places which are not built as per the National Building Code.

Does it look like a long list of demands? Probably. But human lives are not expendable and if this is what it takes, we have to do it.