On December 11, Congress will realise what people of Telangana are thinking: TRS 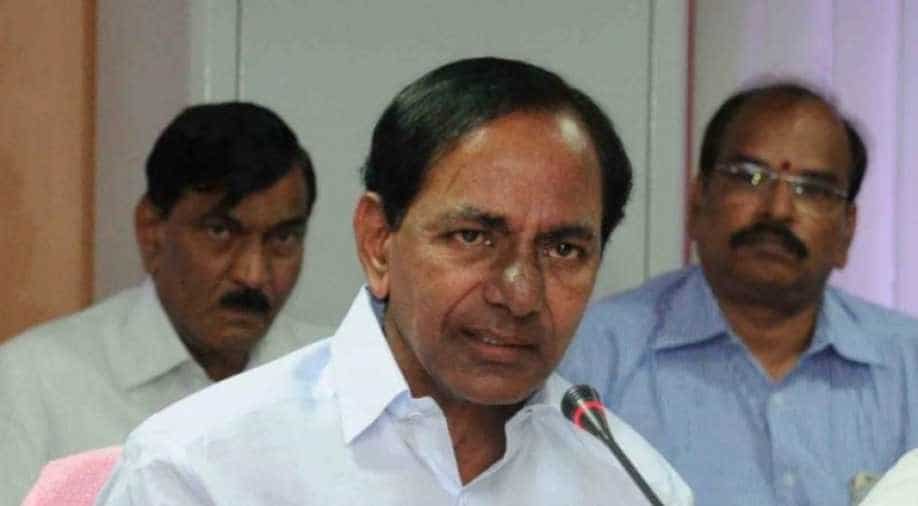 The ruling TRS Saturday slammed the Congress over UPA chairperson Sonia Gandhi and Rahul Gandhi's attack on it for allegedly failing to meet people's aspirations.

Telangana became a reality not because somebody gave it, Telangana Rashtra Samithi MP B Vinod Kumar said.

"When KCR (TRS chief K Chandrasekhar Rao) undertook fast unto death, (then UPA government) announced on December 9, 2009 (about the formation of Telangana). It would have been better had you implemented properly. But, you withdrew due to pressure from Seemandhra and some influential people. Because of that, hundreds of youths committed suicide in the state (in support of Telangana)," he told reporters.

The congress party would realise on December 11 (the day of counting in the coming Assembly polls) what Telangana people are thinking, he said.

TRS leader and minister in the caretaker government T Harish Rao asked why Sonia Gandhi made no mention of industrial incentives that were reportedly promised (at the time of bifurcation of Andhra Pradesh) to Telangana on par with Andhra Pradesh.

"Is Congress not responsible for the death of 1400 people (in support of separate Telangana)," he told reporters.

The BJP leader also attacked the All India Majlis-e-Ittehad-ul Muslimeen (AIMIM), alleging that the party has been arrogant.
AIMIM'S only agenda is to stop BJP, Laxman said.

UPA chairperson Sonia Gandhi and Congress president Rahul Gandhi Friday attacked TRS chief and caretaker Chief Minister K Chandrasekhar Rao for running a "family rule" in Telangana and "failing" to respond to the aspirations of people of the state.

Sonia Gandhi, on her maiden visit to Telangana after the formation of the state in June 2014, recalled the problems the Congress party faced due to its decision to bifurcate Andhra Pradesh.

She said despite being aware of adverse political consequences, the Congress went ahead and created Telangana, and paid the price in the elections that followed.

"It (carving out Telangana) was not an easy task. It was no small decision. But former prime minister Manmohan Singh and Rahul Gandhi and the Congress party decided to form Telangana state," she told the rally.