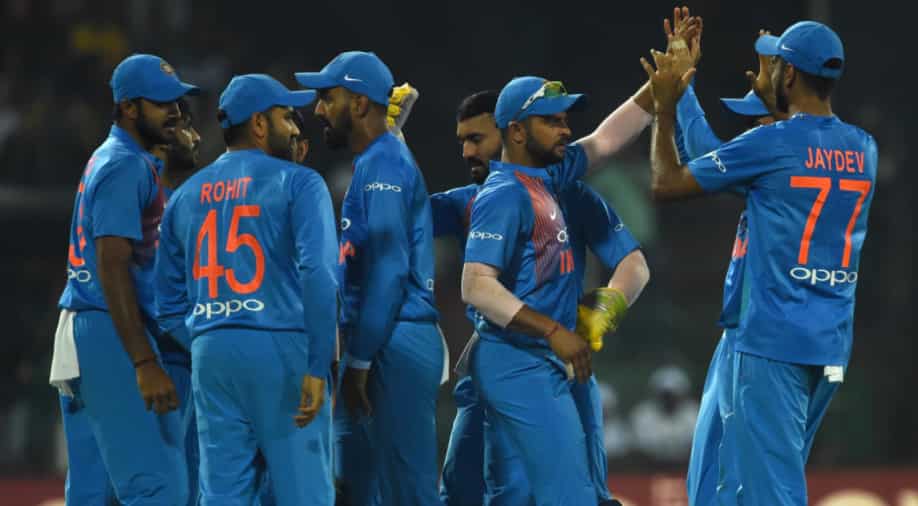 Sri Lanka made 152 for nine against India in a Nidahas Twenty20 Tri-Series match. (twitter.com/BCCI) Photograph:( Twitter )

India win maiden ODI series against Australia Down Under

India on Friday won their maiden bilateral One-day International (ODI) series against Australia down under on Friday.

The win came after the Virat Kohli-led team defeated the host in the third and final one-day international by seven wickets. India won the three-game series 2-1.

The dates for the Lok Sabha elections are likely to be announced in the first week of March, sources indicated on Friday.

As elections near, Ram temple back as electoral agenda

Weeks after the issue receded from the news headlines, he told the press that the Ram temple should be built before the next Kumbh, which is set six years from now. Asked about the time gap, he said, ”if construction starts immediately, then the temple would be ready by 2025.”

Prime Minister Narendra Modi Friday said India is aiming at being in the list of top 50 countries next year in the 'ease of doing business' category.

The country's ranking has jumped 75 places in the World Bank's ease of doing business rankings, Modi said. India is now ranked 77th in the list.

Militants carried out two grenade attacks on security forces in Kashmir on Friday but there were no reports of any casualty, police said.