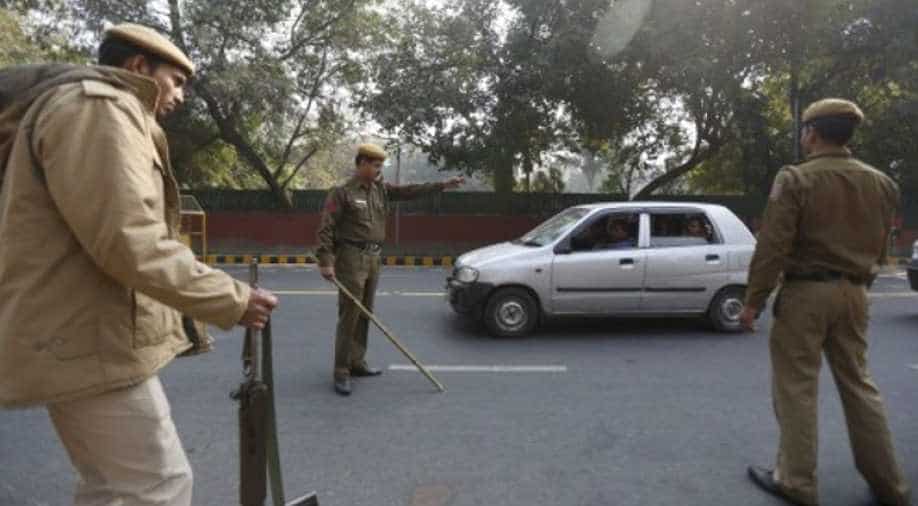 All vehicular movement will be restricted from 8 pm onwards to the posh commercial hub till the celebrations conclude, they said.

Around 15,000 police personnel have been deployed across the national capital to ensure celebrations go off smoothly on New Year's Eve, with special traffic arrangements made to regulate movement of revellers, police said.

A special focus has been given to Connaught Place and the areas around it.

All vehicular movement will be restricted from 8 pm onwards to the posh commercial hub till the celebrations conclude, they said.

Also, in view of security measures, exit facility at the Rajiv Chowk metro station will not be available for commuters from 9 pm onwards.

Rajiv Chowk, located adjacent to Connaught Place and one of the busiest stations of the Delhi Metro, caters to both the Blue Line and the Yellow Line.

A large number of revellers converge at Connaught Place to ring in the new year with celebrations every year.

"Vehicular traffic in the inner, middle or outer circle of Connaught Place will not be allowed," BK Singh, Additional Commissioner of Police (Traffic) said.

To ensure that women safety is not compromised, women police personnel will also be deployed in plain clothes at various strategic locations across the city, Madhur Verma, Deputy Commissioner of Police (New Delhi) said.

"We have deployed around 15,000 police personnel across Delhi to maintain the law and order situation on the eve of New Year to ensure that the celebrations go smoothly," Verma said.

Any incident of hooliganism and drunk driving will be dealt strictly, he added.

Special picket team including traffic police, PCR and woman personal will be deployed at various locations to ensure that no untoward incident happens, he said.

Maximum police personnel will be deployed at crowded places like malls, markets and metro stations, the officer said.

Senior officers will closely monitor the situation at district-level. Fire tenders will be on patrolling duty around popular party hubs to ensure that there is no delay in helping people in case of any incident, police said.

"As advised by Delhi Police authorities, exit of passengers from the Rajiv Chowk metro station will not be permitted from 9 PM onwards on New Year's Eve, i.E., December 31. This is to enable the authorities to maintain peace, and law and order during New Year Eve's celebrations in New Delhi district area," Delhi Metro said in a statement.

However, passengers will be allowed to enter the Rajiv Chowk metro station after 9 pm to board trains, it said.

"Interchange facility between Line-2 (HUDA City Centre - Samaypur Badli) and Line-3/4 (Dwarka Sec-21 - NOIDA City Centre/Vaishali) will continue as usual at the Rajiv Chowk metro station till the end of services. Services at all other metro corridors and stations will continue normally," it said.

Hotels and restaurants where parties will be organised have also been briefed about the preventive measures to be taken, officials said.

Officials said a special drive against drunk driving, jumping signals and dangerous driving will be undertaken by the traffic police.

Motorists can park their vehicles at only specific places in the vicinity of Connaught Place, which includes certain locations near Gole Dak Khana, Patel Chowk on Rakab Ganj Road behind AIR, near Mandi House on Copernicus Marg up to Baroda house, near Minto Road on DD Upadhaya Marg and Press Road area, Panchkuian Road on RK Ashram Marg, Chitragupta Road and Basant Road towards Paharganj, KG Marg near Ferozshah Road or KG Marg to 'C' Hexagon and near Windsor Place.