Mukkabaaz review: It's unlike any other Anurag Kashyap film 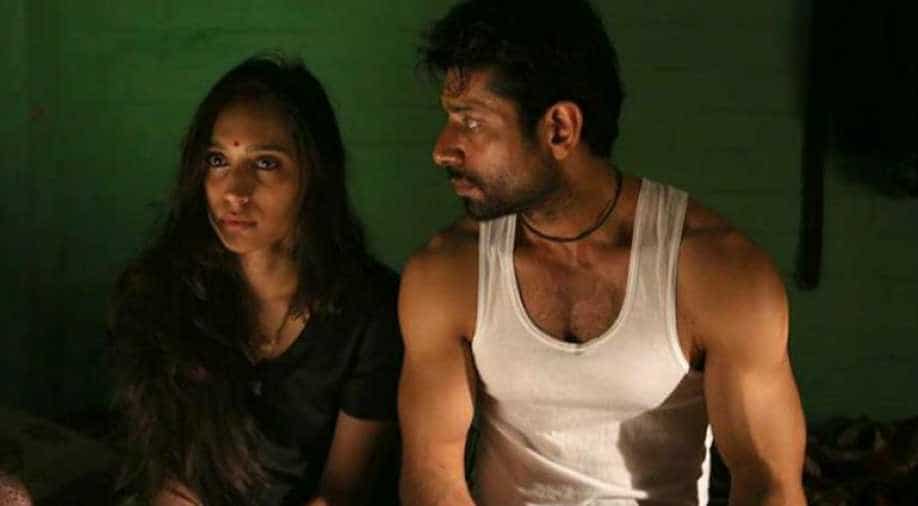 The most striking thing about Anurag Kashyap’s film Mukkabaaz is perhaps its lead actor. Vineet Kumar Singh may have featured in Kashyap’s other films in the recent past, but his features and overall demeanour is unlike of a typical Hindi film hero and definitely not of a typical romantic film hero. Which is why when Kashyap, while promoting his film, called Mukkabaaz a sports film- one was naturally surprised by his choice for the main protagonist. Singh doesn’t really fall under the conventional category of a romantic hero, and those who remember him from Gangs Of Wasseypur would also not believe him playing a boxer. And Singh manages to come out of the shadows of the previous supporting roles that he has played and deliver a stupefying performance. He is the writer of the film, it is his story and one can see the years he has put in to fit the role.

For starters, Mukkabaaz isn’t completely a sports film. Neither is it a typical Anurag Kashyap film.  At its core is a love story between Shravan Kumar (Singh), a Rajput boxer and an upper-caste mute Sunaina(Zoya Hussain). It is this love that convinces Shravan to fight the world, alibi through boxing. Because every love story is riddled by hate and every couple must endure hardships before love can conquer one and all.

Set in Uttar Pradesh, the film quite accurately highlights that part of India, which may have progressed in terms of infrastructure and technology, yet remains deep-rooted with problems like nepotism, casteism, bureaucracy and what not. The ethos is very old school Indian. Shravan is part of a local boxing federation which Bhagwan Das Mishra(Jimmy Sheirgill) runs like his own fiefdom. While initially, Shravan is the brightest spark in Bhagwan Das’ group, things start going downhill when Shravan dares to fall in love with his boss’s niece. Now, Bhagwan is ruthless and egotistical who can go to any length to satisfy his ego. Naturally, when he finds out, he tries every possible way to get the two separated and challenges Shravan to win the Nationals even.

Shravan then has to struggle to first get selected by the federation and then get trained by an able coach whom he finds in Sanjay Kumar (Ravi Kishen). Sanjay Kumar not only makes him an able boxer but also teaches him the difference between Mukkebaaz(boxer) and a Mukkabaaz(fighter). And though he aspires to be a boxer, it’s the constant challenges that life throws at him that makes Shravan a fighter.

Kashyap’s films always have an underlying humour. Dialogues, sarcasm, wry humour are essential to Kashyap’s tale and this one isn’t any different. There are moments which are genuinely funny, but it isn’t as entertaining as the scenes in Gang Of Wasseypur.

The filmmaker also believes in detailing of each scenario which makes his films a tad too long. At two and a half hours, Mukkabaaz is a bit of a stretch especially in the second half. What Kashyap hasn’t explored so far is an out and out love story until this film. And the makers signature style is evident even in a love story for Mukkabaaz very cleverly delivers a strong message about the condition of sports in India and how it's dying a slow death.  A country that is obsessed with cricket overlooks every other sport and the talent that needs to be nurtured.

A still from the film. (Others)

Mukkabaaz, like other Kashyap films, scores because of its superb cast. Be it Vineet Singh, who shows arrogance and vulnerability with equal ease, or newcomer Zoya Hussain, who despite being mute has much to say always. Or the two ‘stalwarts’ –Jimmy Sheirgill and Ravi Kishen who deliver solid performances making their respective characters appear very real. Sheirgill is a talent that Bollywood has underutilized for years. The actor’s character Bhagwan Das maybe ruthless but he carries out his atrocities with unusual calm. And Sheirgill has aced playing the typical UP gang lord by now after playing similar roles in Saheb Biwi aur Gangster and Tanu Weds Manu. Ravi Kishen, sheds his superstar image and becomes a no-nonsense coach quite efficiently.

A catchy background score adds the edginess to all the fight sequences and music by Rachita Arora is rustic and hummable.

While Mukkabaaz is a fine piece of cinema, it only suffers for two aspects. First- its length and second- it’s very predictable story. You have heard similar stories before or have known people who have undergone similar problems. Also while the boxing is an essential part of the narrative, it is ultimately a story of an individual and his hardships.

Mukkabaaz, despite these shortcomings, works for its actors. It also helps that Kashyap tries a new theme and gives it his own unique spin.