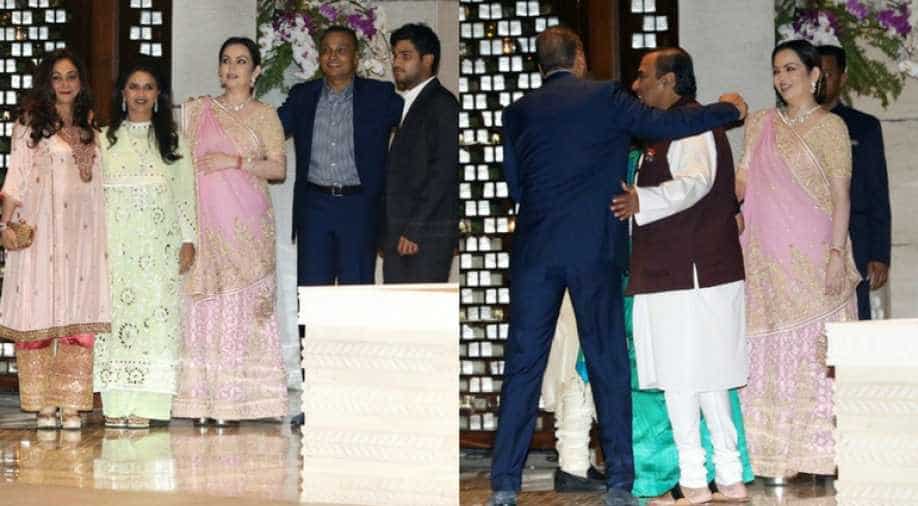 They were at loggerheads once upon a time, but all seems to be well between brothers Mukesh and Anil Ambani. As Mukesh Ambani's daughter Isha got engaged to Anand Piramal, the industrialist threw a bash to celebrate at his residence Antilla.

Among Bollywood celebrities and cricketers, the attendees who stood out was Anil Ambani and his family. Anil came with his wife Tina and son Jai Anmol to celebrate Isha's engagement.

The once-estranged brothers, who seem to have rekindled their relationship the past year, greeted each other first with a formal handshake and then hugged each other. Their wives Nita and Tina were also seen warmly greeting each other.

The family then together posed for the media before heading inside. Isha Ambani is set to tie the knot with Anand in December. Media reports suggest that Anil and Mukesh Ambani will come together for the wedding.

The last time the Ambani brothers were seen together under one roof was during their sister Nina's daughter Nayantara's wedding in January 2013.

In December last year, Mukesh Ambani led RIL announced that it would be acquiring the wireless assets of Anil Ambani-led Reliance Communications for around Rs 23,000 crore.