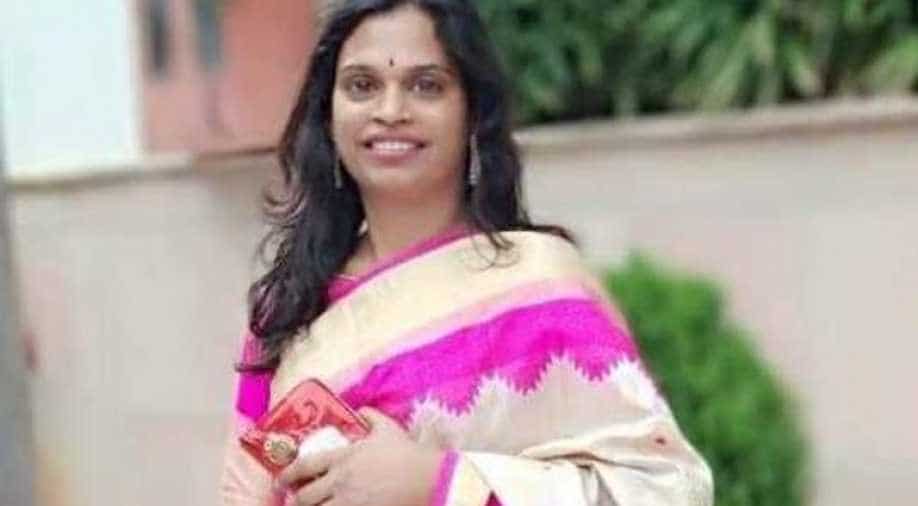 Chandramukhi is the first transgender candidate in Telangana. Photograph:( ANI )

The 30-year-old is contesting the assembly elections from Goshamahal constituency in Hyderabad as Bahujan Left Front candidate.

Chandramukhi, a transwoman who is contesting Telangana Assembly elections, has been traced after she went missing on earlier this week.

"Chandramukhi had gone missing on Tuesday and after receiving a complaint, we registered a missing case and took up the investigation. Chandramukhi's moments were closely monitored before she went missing; we found her whereabouts and made her come back to the police station," said KS Rao, Assistant Commissioner of Police, Banjara Hills Police Station.

Rao further said that Chandramukhi will be produced in the high court as her mother has filed a writ petition. "However, she is yet to reveal what has exactly happened," he added.

The 30-year-old is contesting the assembly elections from Goshamahal constituency in Hyderabad as Bahujan Left Front candidate.

R Govinda Reddy, the Station House Officer (SHO) at Banjara Hills Police Station, said, "Chadramukhi arrived at the police station during the late hours of Wednesday along with her lawyer. However, she refused to give any statement."

Earlier in the week, the transgender community had approached the police to file a missing complaint after which Chandramukhi turned up at the Banjara Hills Police Station along with her lawyer late on Wednesday. On November 21, Chandramukhi filed nomination to contest polls against Raja Singh of the Bharatiya Janata Party (BJP).

The Telangana Legislative Assembly election is scheduled to be held on December 7 to elect members from 119 constituencies. The counting of votes will take place on December 11.