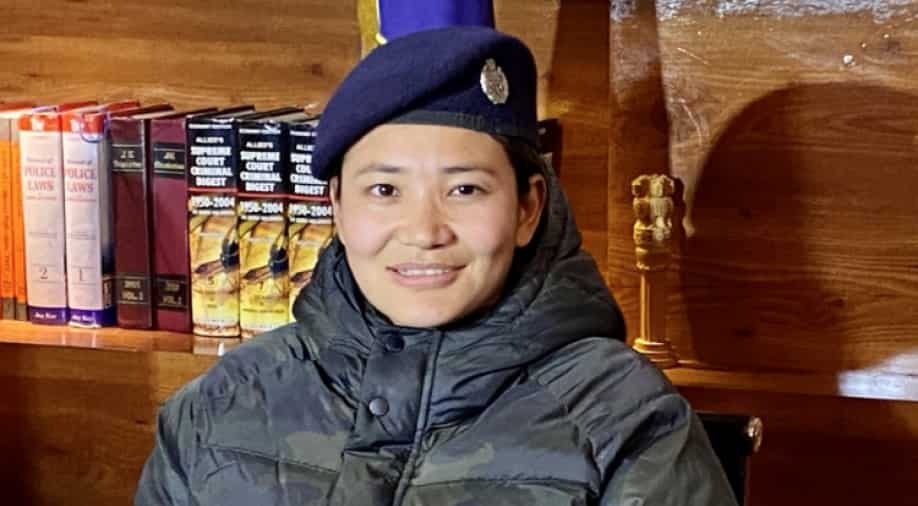 Hailing from a far-flung village in Ladakh, Nilza is a fresh face in the ranks of Jammu and Kashmir police. She says that she has taken a pledge to fight against the menace of drug abuse in Kashmir.

A young woman police officer in Kashmir is winning hearts and praises for her action in countering the drug abuse in central Kashmir's Budgam district by arresting drug traders and seizing illegal drugs from youth as young as 16 to 25 years.

Nilza shot to fame after her video, where a large crowd can be seen cheering her in Budgam district for her work in countering drug menace, went viral. The drug use by youth has been a cause of concern for the locals in the area where the young officer is deployed.

Hailing from a far-flung village in Ladakh, Nilza is a fresh face in the ranks of Jammu and Kashmir police. She says that she has taken a pledge to fight against the menace of drug abuse in Kashmir.

"I never imagined that this video will get such a great response. This is just the tip of an iceberg. There is more to do and my senior officers have been doing the commendable job before me to control drug abuse," said Nilza Angmo, DySP in her first interview in the uniform.

In just a month, Nilza has arrested nearly a dozen youth along with drugs that include Corex bottles, diazepam tablets and other banned drugs which are commonly used by addicts.

"Drugs and drug abuse has become an evil in our society which is threatening. For more than a year, we have launched a sustained strategy to counter this and at least 40 to 45 FIRs have been registered in a year in the district," says Amod Ashok Nagpure, Superintendent of Police Budgam district, adding that these efforts are paying returns.

The locals of the surrounding villages are praising the police and the officer for her work and expect more stringent against the drug suppliers in Kashmir valley.

"There can be no better service than this. Our youth is getting ruined because of these drugs. I want to thank the police officer for her action and hope police will continue to counter drug abuse," says young Aqib, who hails from the village where people praised the officer.