Mascot for Swachh Bharat Abhiyan Kunwar Bai passes away at 106 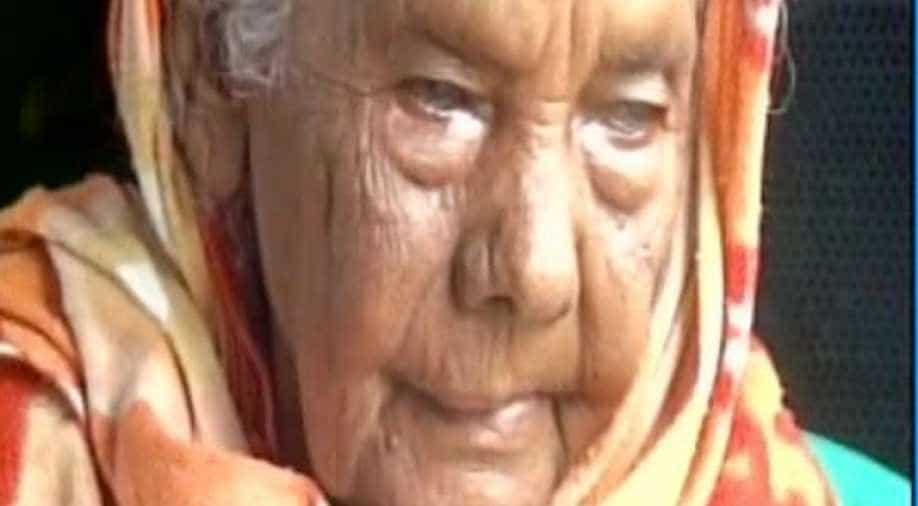 Swachh Bharat Abhiyan Mascot Kunwar Bai died at the age of 106 on Friday.

She was suffering from a prolonged illness and was admitted to the hospital after Chief Minister Raman Singh's direction.

While inaugurating Shyama Prasad Mukherji Rurban Mission in 2016 in Chhattisgarh, Prime Minister Modi honored her for her efforts in free open defecation mission.

Kunwar Bai had sold her goats for about 22,000 and utilised the money to construct a toilet at her home for her daughter-in-law and granddaughter as she did not want them to face difficulties.

She also spread awareness about the importance of using toilets in other villages.

Kunwar Bai was also appointed as the Swachhta Doot by the state government.

In the hospital, she expressed her desire to meet chief minister Raman Sigh after which he called her over a video call.

Dhamtari: Kunwar Bai passes away at the age of 106, she was chosen as the mascot for Swachh Bharat Abhiyan by PM Narendra Modi for building toilets by selling off her goats. #Chhattisgarh pic.twitter.com/roVNmFSOST