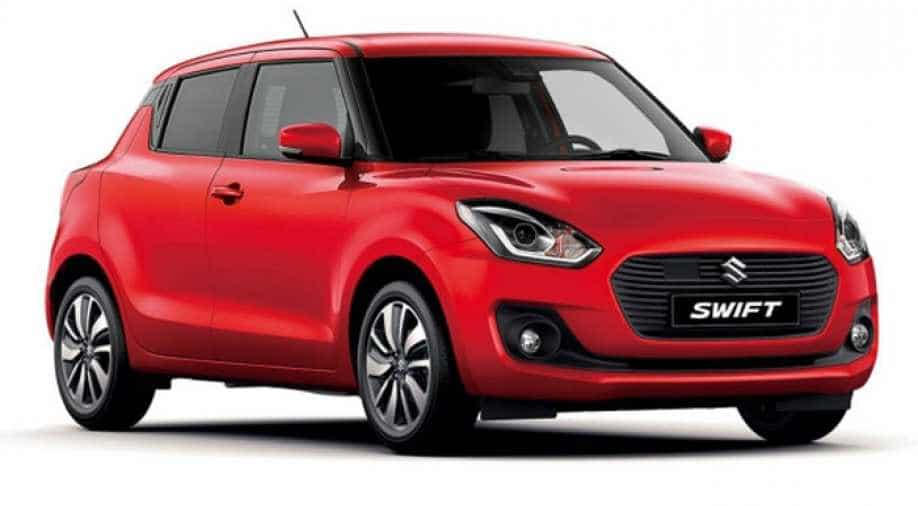 It is scheduled for a launch in the 2018 Auto Expo, next month.

The new Swift is based on the company's 5th-gen HEARTECT platform that also underpins the other two popular outgoing models Baleno and the new Dzire, launched in 2017.

The all-new design is wider, compact and with longer wheelbase allowing more cabin space, headroom as well as luggage space.

It gets a set of newly designed sweptback headlamps that come with LED daytime running lights (DRL) along with a new bumper.

Propelling the diesel variants is the successful Fiat's 1.3-litre Multijet engine that produces 190Nm of torque at just 2,000rpm while offering a power output of 75PS at 4,000rpm.

Both the engines come mated to a five-speed gearbox with the AMT option available in the selected variants only.

Inside the cabin, the 2018 Swift gets a new flat-bottom steering wheel and twin-pod instrument cluster.

It also gets a touchscreen infotainment system which is now becoming a norm in top-end Maruti Suzuki cars. The system also supports Android Auto and Apple CarPlay.

The new Swift will be available in 12 variant options, starting with the LXi/LDi trims while the top-end trims will be ZXi/ZDi.

While the dealers across the country have already started its bookings for a token amount of just Rs 11,000, the car is expected to hit the market by the end of February or the start of March 2018.

The response to the car's latest design has been very promising and therefore the customers may have to wait for three to four months from the time of booking.