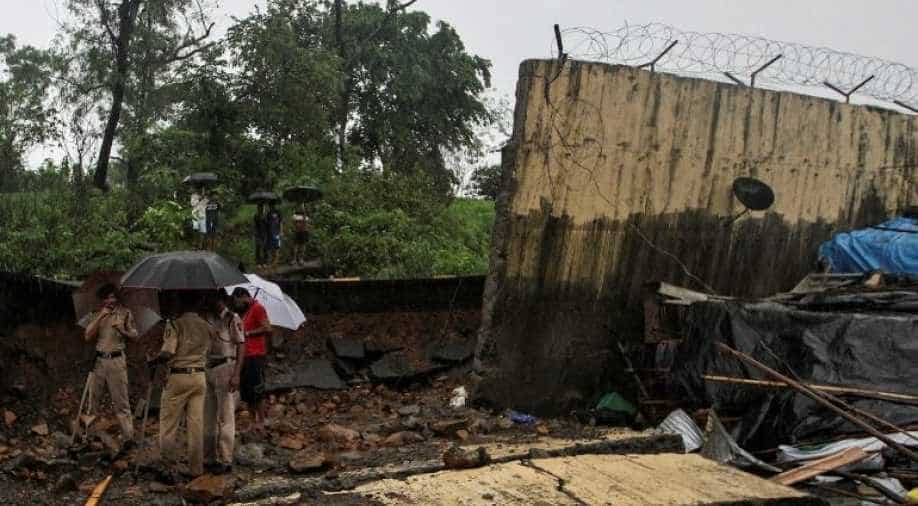 A compound wall collapsed on the hutments built on a hill slope in Kurar Village in area of Malad East due to heavy downpour on Tuesday.

The death toll in Mumbai's Malad wall collapse incident in Maharashtra rose to 24 on Wednesday. A total of 78 people have also been injured in the incident which occurred due to heavy rainfall.

A compound wall collapsed on the hutments built on a hill slope in Kurar Village in area of Malad East due to heavy downpour on Tuesday.

Maharashtra Chief Minister Devendra Fadnavis and Minister of State for Urban Development Yogesh Sagar visited Shatabdi Hospital to meet the injured. He has also announced Rs 5 lakh to be given to the kin of the deceased while the Brihanmumbai Municipal Corporation has also pledged to pitch in a similar amount.

Fadnavis also took stock of the situation in the rain-drenched city during a visit to the BMC control room.

National Disaster Response Force (NDRF), fire brigade and police had rushed to the spot to rescue those trapped under the debris.

Thirteen people have been admitted to the trauma centre at Jogeshwari and Shatabdi Hospital in Kandivali.

Some people were also rescued by the public before the arrival of the fire brigade and NDRF team.

Meanwhile, the heavy downpours continued to lash cities. Indian Meteorological Department has predicted more rains for the next 48 hours.