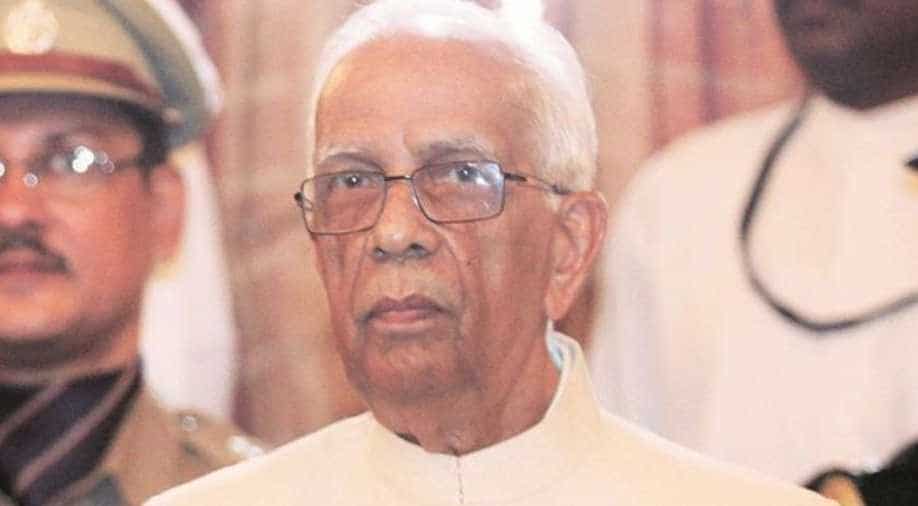 Speaking about Mamata Banerjee’s 'politics of appeasement', Tripathi said that the 'Jai Shri Ram' comment was wrong and unfortunate and that the Trinamool Congress chief said what she did only to attract a certain constituency.

In his first interview while leaving office, outgoing West Bengal Governor Keshari Nath Tripathi told WION that the law and order situation needs improvement in the state. Tripathi said that law enforcement isn’t fair and the police in the lower ranks are biased.

"There is law and order problem in the state. Violence is taking place every day, throughout the state for some reason," he said. "There should not be any discrimination in implementing law and order," Tripathi stated adding that the violence is because of the immigration from across the border.

"The chief minister started blaming a particular political party for it, forgetting that it was created from the within," he told WION.

Calling Aparna Sen’s activism “fraudulent”, Tripathi said some people are wrongly trying to malign the image of the country. On being asked why electoral and political violence remains rampant in Bengal, Tripathi said that it’s because of Rohingya and illegal immigrants. He added that NRC should be introduced in the state and Bengal will benefit from it.

"People have welcomed NRC, it is only hue and very by certain political parties," he said.

The outgoing governor also spoke about Chief Minister Mamata Banerjee not taking his calls, or even PM Modi's for that matter. He slammed the media for “wrongly reporting” that he had submitted a 48-page report to the Centre. Tripathi said he “did not submit even a 48-word report.” He refused to confirm or deny if the imposition of President’s rule was ever recommended.

Speaking about Mamata Banerjee’s “politics of appeasement”, he said that the 'Jai Shri Ram' comment was wrong and unfortunate and that the Trinamool Congress chief said what she did only to attract a certain constituency.

Keshari Nath Tripathi is leaving office after the completion of his tenure as the Governor of West Bengal.