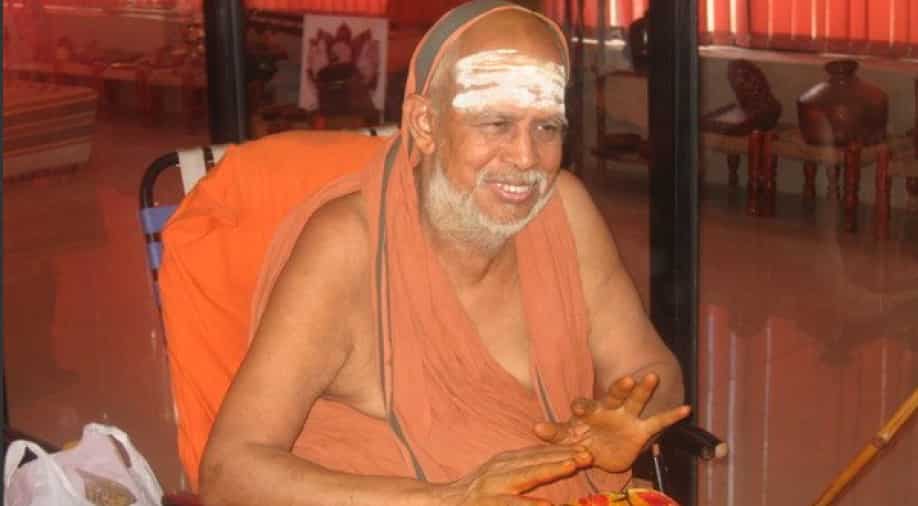 Kanchi Shankaracharya Jayendra Saraswathi passed away on Wednesday morning in a private hospital at Kancheepuram. He was 82.

He was admitted to a hospital near Kamakshi Amman temple in the Kancheepuram town due to breathing problems.

The immediate reason for his death is not clear yet, but he was said to be not keeping well for last few days.

He was 69th pontiff of the Kanchi Kamakoti Peetham. He was named by Chadrasekharendra Saraswathi Swamigal as his successor on March 22, 1954.

His health condition had reportedly deteriorated in January after which he was admitted to Chennai's Ramachandra hospital and later discharged.

He had collapsed at the math in the evening with shortness of breath. His blood sugar had dipped.

Kanchi Shankaracharya had visited Delhi in November 2017 and had not been in the best of health.

Shri Kanchi Kamakoti Peetham was established by Sri Adi Sankara in the year 482 BC and has the distinction of an unbroken line of 70 acharyas (spiritual leaders).