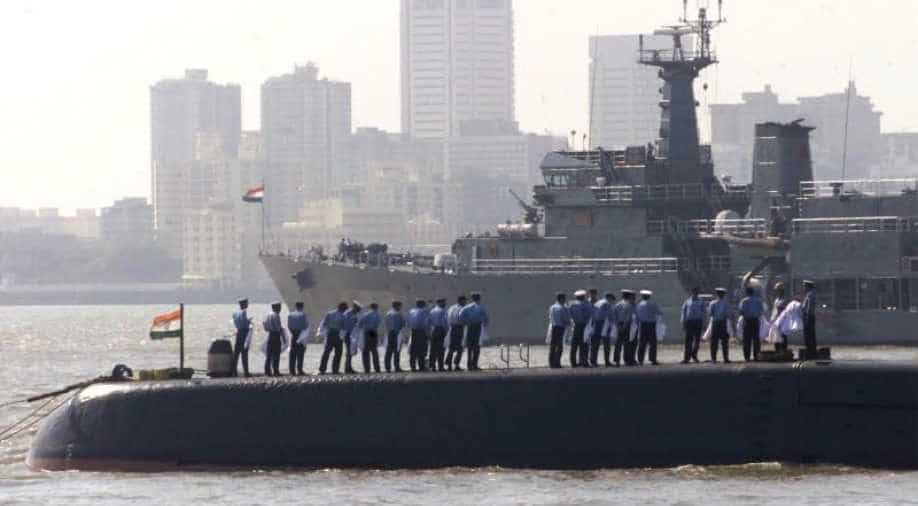 The Indian Navy has steadily developed the capability of being able to monitor movements through the Indian Ocean region, and interdict them as and when required.

With increased Chinese combativeness, the Indian Navy has increased the monitoring of vessels in the Indian Ocean. Indian navy, as are the other services -- Army and Air Force, is in the heightened state of alert in the aftermath of the Galwan valley incident.

The Indian Navy has steadily developed the capability of being able to monitor movements through the Indian Ocean region, and interdict them as and when required.

As far as People's Liberation Army Navy units are concerned, there are only a few straits through which they can enter the Indian Ocean, which can be kept under continuous surveillance.

Meanwhile, India in 2015 had articulated its strategic vision under the acronym SAGAR --Security And Growth for All in the Region. It seeks to deepen economic and security cooperation with maritime neighbours and assist them in building maritime security capabilities. It is part of strengthening cooperation with littoral states.

While it is unlikely that any Galwan Valley-type misadventure by the Chinese forces could happen at sea, chances of strong response will be in offing.

China has developed ports in Myanmar, Sri Lanka, Pakistan, Djibouti etc which could also be put to dual-use by the PLA Navy, Coast Guard and Maritime Militia. While they are part of the belt and road (BRI) infrastructure project, it can impact countries hosting them.

China claims that participating countries stand to gain 2-3 per cent increase in their GDP and reduction in transportation tariffs, by participating in BRI. But this is known to be a debt trap with countries unable to repay loans leading to losses, some time territorial.

A big worry for Beijing is that India is not a member of BRI, but is strategically placed as well as is militarily capable of threatening both the 'Belt' in Occupied-Ladakh and the 'Road' in the Indian Ocean, should the need arise. China's prospects of succeeding in their BRI endeavour, therefore, revolve around breaching this 'Great Wall of India'.

The Chinese Communist Party (CCP) has also been pushing towards the West using its Belt and Road Initiative (BRI), which was announced in 2013. BRI aims to undertake infrastructure development and investment to strengthen China's connectivity with over 70 countries across the continents of Asia, Africa and Europe.