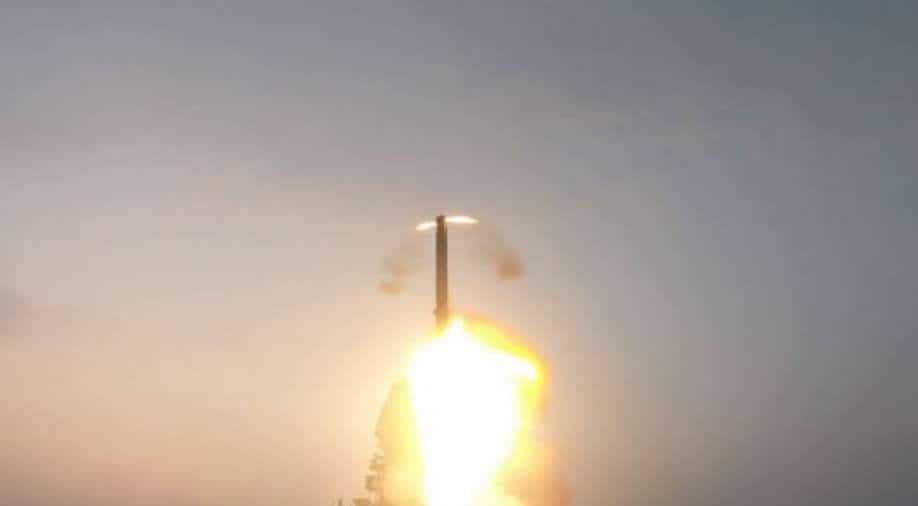 India had recently tested the naval variant of the BrahMos cruise missile from its warship INS Visakhapatnam.

India on Thursday successfully test-fired a new version of the BrahMos supersonic cruise missile from the Odisha coast.

Reports said new technologies were added to the missile including the control system.

India had recently tested the naval variant of the BrahMos cruise missile from its warship INS Visakhapatnam. The Indian government had said the country will now export the missile system to the Philippines.

The indigenously built missile is fitted with stealth technology and a guidance system with advanced embedded software which provides the missiles with special features as it sustains supersonic speed all through the flight.

The missile is developed as a joint venture between India's Defence Research and Development Organisation (DRDO) and the Federal State Unitary Enterprise NPO Mashinostroyenia (NPOM) of Russia.