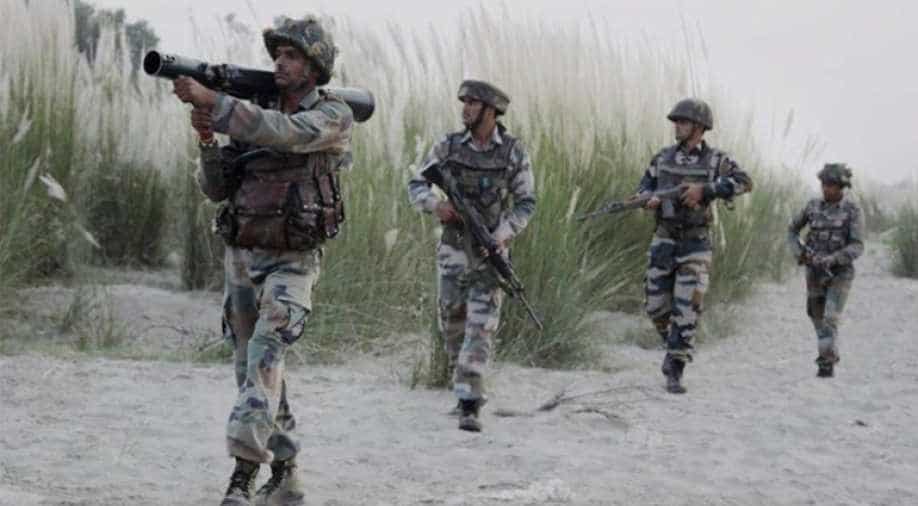 During the talks, Indian Army will lodge a strong protest over the recent killing of its jawans near the Line of Control (LoC) in an attack by the Border Action Team (BAT).

The Indian Army will raise issues of infiltration bids, actions of Border Action Team (BAT) and use of Pakistan and Pakistan occupied Kashmir (PoK) territory for propagating terrorist activities.

Earlier, the Pakistan Army was informed through established communication channels to take over the bodies of the hostile Pakistani nationals. A stern warning has been given to the Pakistan Army to restrain the terrorists operating from its soil.

On October 21, five to six Pakistani armed intruders crossed the LoC and fired on Indian Army patrol in the Sunderbani sector of Jammu region. Three Indian Army soldiers were killed and one suffered injuries in the unprovoked cross-border action by Pakistan. Two intruders were also killed by the Indian armed forces. The intruders were wearing combat uniform, however, their identity could not be ascertained.

Since the last DGMO level talks on May 29, which was held at the behest of Pakistan, Indian Army has been maintaining utmost restraint to uphold the ceasefire along the LoC despite regular provocative actions from across the border.

However, Pakistan Army has been vigorously attempting to send terrorists across the LoC. Since May 30, seven infiltration bids have been eliminated by the Indian Army in which 23 terrorists have been killed.