India ought to be one of America's closest partners, says US Secretary of State 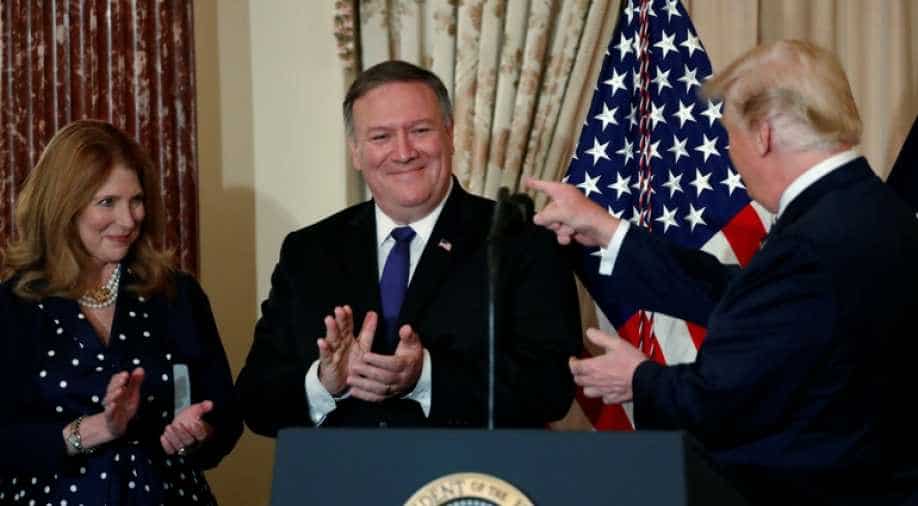 India needs to be central to what the Trump administration does in South and Central Asia, US Secretary of State Mike Pompeo told the lawmakers on Thursday, asserting that India "ought to be" one of America's closest partners.

"For scores of reasons, India needs to be central to what we do. Specific issues -- South Central Asia issues, Southeast Asia issues. They ought to be one of our closest partners and we ought to do everything we can to make sure that we achieve that," he told the members of the Senate Foreign Relations Committee.

Pompeo was responding to questions from Senator Chris Coons from Delaware about how to further strengthen the US-India relationship.

"Mr Secretary, if you would like to say anything about how we can work with this most populous democracy, a potential strategic partner to strengthen that relationship, I'll make that my last question," Coons asked.

He said sustaining a strategic dialogue with India was something that "would enjoy strong support here".

Pompeo responded that, "Defense Secretary (James) Mattis and I will jointly meet with our Indian counterparts in a dialogue that the two countries have had. I don't know that the date's been set but we're looking to do it. I think it's set this summer, very important."

The decision about this was taken when Prime Minister Narendra Modi was hosted by President Donald Trump at the White House on June 26 last year.

The US-India relationship enjoys bipartisan support in the US Congress.

Early this week, a top US State Department official said the Trump administration supports India's emergence as a leading global power and as a key partner in the Indo-Pacific region.

"The US-India partnership is rooted in shared democratic values and a commitment to a rules-based order. We support India's emergence as a leading global power and as a key partner in our efforts to ensure that the Indo-