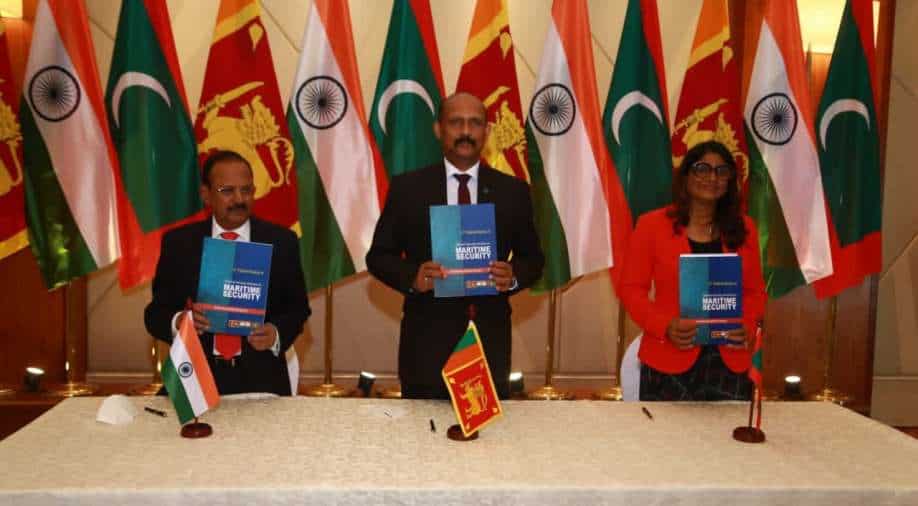 The joint statement pointed to the "significance of the forum" for "promoting meaningful cooperation in the Indian Ocean region on common issues pertaining to maritime security".

The three countries, will share intelligence on issues such as terrorism, radicalization, extremism, drugs, arms and human trafficking, money laundering, and effects of climate change on the maritime environment.

India was represented by National Security Advisor Ajit Doval, Maldives Defense minister Mariya Didi and Sri Lankan Defence Secretary Maj. Gen. (Retd) Kamal Gunaratne. The first such trilateral happened in 2011, followed by meet in 2013 and in March of 2014 in Delhi.

The other major key outcome of the meet is that the three countries have decided to hold deputy NSA level meetings biannually to increase cooperation at the "operational level".

Significantly, a joint statement was issued by the 3 sides that said, "the past deliberations and outcomes have helped the three countries in improving close coordination in maritime security of the region".

The joint statement pointed to the "significance of the forum" for "promoting meaningful cooperation in the Indian Ocean region on common issues pertaining to maritime security".

During the meet, the three sides took stock of the "current maritime security" environment in the region and discussed "mutual cooperation" in areas such as humanitarian assistance and disaster relief, joint exercises, capacity building, maritime security, marine pollution, and maritime underwater heritage.

The meet comes, even as Chinese fishing and research vessels increase presence in the Indian ocean. The deep-sea Chinese fishing vessels, usually been involved in Illegal, unreported, and unregulated fishing.