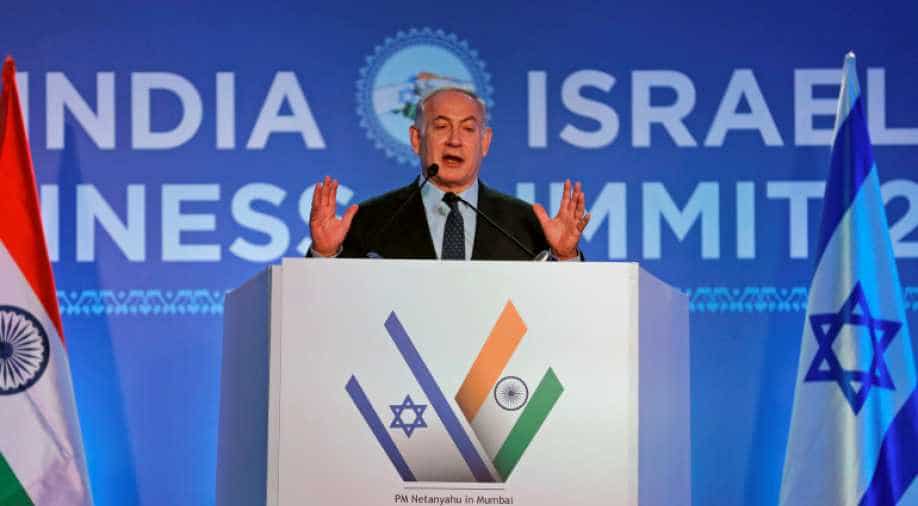 Israel Prime Minister Benjamin Netanyahu on Thursday said "the business partnership between India and Israel is doing wonders" and said he has a strong bonding with his Indian counterpart.

Addressing the India-Israel Business Summit in Mumbai, Israeli prime minister Benjamin Netanyahu said that the two countries are a “match made in heaven.”

The Israel PM also added that “Indo-Israel partnership is reaching unprecedented heights and this is beginning of a wonderful friendship, possibilities are boundless.”

"The future belongs to those who innovate and it is our job to encourage you to innovate. It is very crucial for you and your Israeli counterparts to meet," Netanyahu said.

He emphasized that innovation cannot self-manifest but "it can be nurtured and encouraged and it can also be discouraged".

The two innovation nations must come together to define the future.

"Our job is to encourage you to innovate. The partnership between India and Israel is doing wonders. I have a strong personal friendship with PM Modi," he added.

Talking about his visit to Gujarat, the Israeli Prime Minister mentioned about a 14-year-old boy, who made a landmines identifier drone."I also visited iCreate, an impressive hub where brilliant young minds come to solve problems.

Netanyahu paid tributes to the victims of the 26/11 Mumbai terror attacks.

Netanyahu, along with Maharashtra CM Devendra Fadnavis, laid a wreath at the memorial of the terror attack victims, that claimed 166 lives, at the iconic Taj Mahal Palace Hotel in south Mumbai under a heavy security blanket.