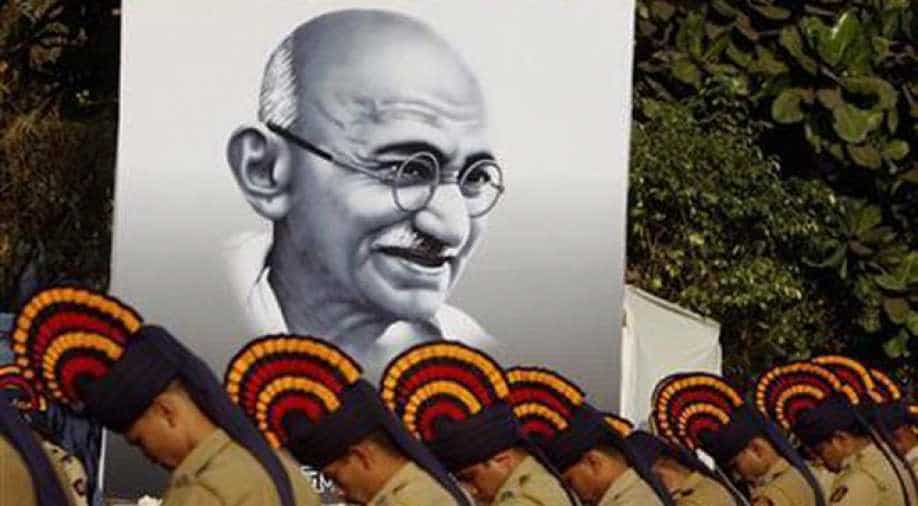 Mohandas Karamchand Gandhi, better known as Mahatma for his sacrifices in achieving freedom for India from the clutches of British rule in 1947, was assassinated on January 30, 1948.

India on Friday is celebrating the 151st birth anniversary of its 'father of the nation' Mahatma Gandhi.

On the occasion of Gandhi Jayanti -- as the day is referred to, Indian President Ram Nath Kovind and Prime Minister Narendra Modi early morning paid floral tributes to Mahatma Gandhi at Rajghat in New Delhi.

There is much to learn from Mahatma Gandhi's life and thoughts, PM Modi said as he shared a short video of his remarks on the father of the nation.

"October 2nd is a holy and inspirational day for all of us. Bapu (Mahatma Gandhi) thoughts and ideals are more relevant today. Mahatma Gandhi-ji used to say his life is his message and he never tried to influence with his life but his life became an inspiration for others," he said in the short video which he shared on Twitter.

May Bapu's ideals keep guiding us in creating a prosperous and compassionate India, he added.

We bow to beloved Bapu on Gandhi Jayanti.

There is much to learn from his life and noble thoughts.

May Bapu’s ideals keep guiding us in creating a prosperous and compassionate India. pic.twitter.com/wCe4DkU9aI

President Kovind was accompanied by Delhi Chief Minister Arvind Kejriwal as they paid tributes at Shastri's memorial at Vijay Ghat.

Gandhiji was more concerned about his duties than his rights, and took up cudgels on behalf of others — Dalits, peasants, labourers, women and others.

The year-long celebrations of his 150th birth anniversary that culminate today have been an apt occasion to rejuvenate his memories and reorient the moral and ethical foundations of public life.

An interfaith prayer was held and Mahatma Gandhi's favourite bhajans "Vaishanv Jan To" and "Raghupati Raghava Raja Ram" were rendered as dignitaries paid homage at his memorial at Rajghat.

Mohandas Karamchand Gandhi, better known as Mahatma for his sacrifices in achieving freedom for India from the clutches of British rule in 1947, was assassinated on January 30, 1948.

Lockdown could be inevitable in Karnataka if people do not cooperate: Yediyurappa