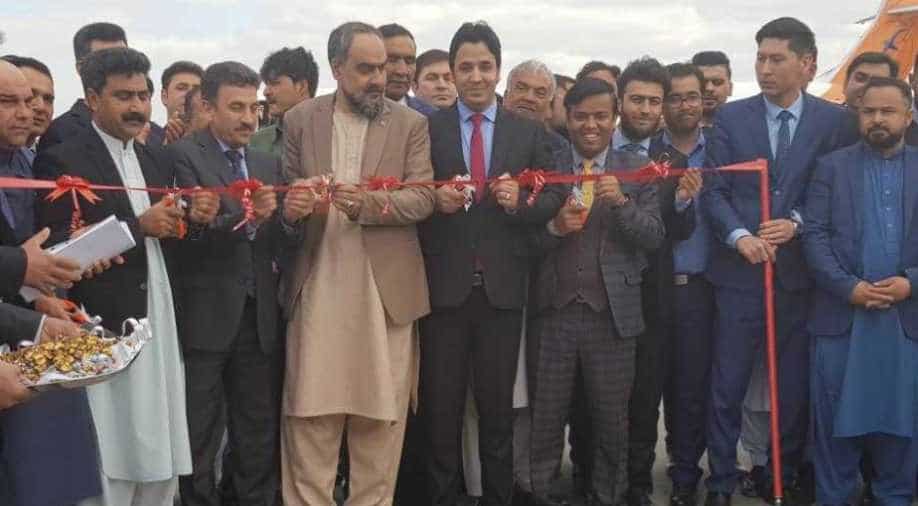 Image via Indian mission in Afghanistan.  Photograph:( Others )

Speaking to WION, India's Consular General to Herat Kumar Gaurav said, 'It is a great step in the regional connectivity in the face of denial of transit rights for Afghan imports and exports by Pakistan.'

India-Afghanistan air corridor was expanded on Monday to Herat with the launch of  Herat-NewDelhi air corridor. It was inaugurated by Governor of Herat Abdul Qaiyoum Rahimi, Deputy Minister of Commerce and Industry Minister of Afganistan Ajmal Rahimzai and India's Consul General to Herat Kumar Gaurav. Air freight of 200 kilograms of Afghan saffron and 1600 kilogram of pistachios reached Delhi via the corridor on Monday.

Herat, situated in Northwestern Afghanistan, is the third largest city of the landlocked South Asian country. The air corridor will help the products from the region get a huge market in India.

Speaking to WION from Herat, CG Kumar Gaurav said, "It is a great step in the regional connectivity in the face of denial of transit rights for Afghan imports and exports by Pakistan."

"Such initiatives of air corridors and a fully operational Chabahar route will transcend the petty barriers created by the common neighbour of India and Afghanistan," he added.

Pakistan has been denying an overland route for India-Afghanistan trade due to which both countries decided to open an air corridor.

The establishment of an air freight corridor between India and Afghanistan was discussed during the visits of Afgan President Ashraf Ghani to India in September and December 2016.

Other than the air corridor, India has been connected to Afghanistan via the Chabahar port in Iran. The port was taken under Indian operations in December 2018 with Afghan goods being officially sent to India from February 2019.