In first visit to foreign country after taking over, Maldives President Solih arrives in India 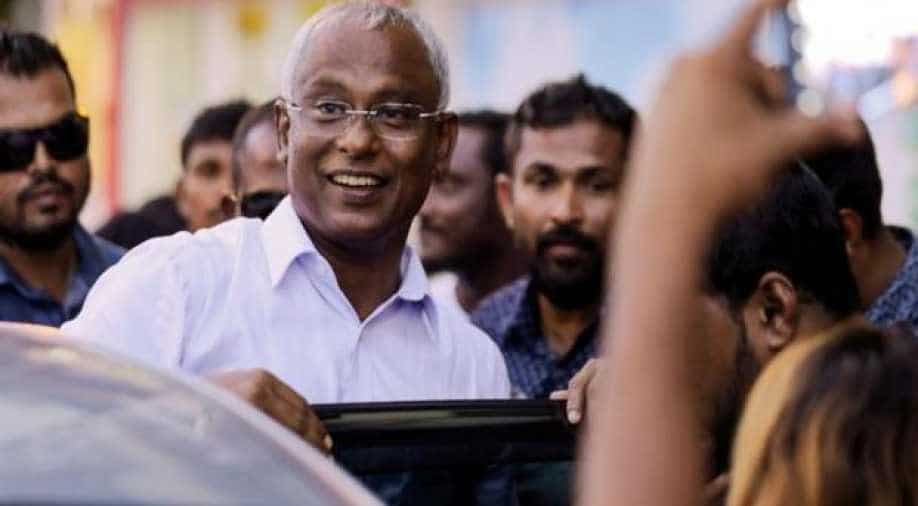 Solih's predecessor Abdulla Yameen had replaced the Maldives' pro-India policy with a pro-Bejing policy. Solih will be in India on a three-day state visit.

This is Solih's first visit to a foreign country after taking over as president of the Maldives on November 17. Maldivian First Lady Fazna Ahmed and a high-level delegation of the Maldives government are accompanying President Solih on his visit.

In a statement on his visit, Solih highlighted that India was among the first countries to establish diplomatic relations with the Maldives. He also expressed his "gratitude to the Indian government for the continuous support and assistance provided for the development of the Maldives".

Solih had, on the eve of his visit to India, appointed Aishath Mohamed Didi as the new Maldivian ambassador to India.

Solih will during his visit also meet with the Maldivian community and enquire about the challenges they face.

A number of bilateral agreements will be signed between the Maldives and India during Solih's visit, one of which is an agreement on a new visa regime that will ease the process of obtaining a dependent and medical visa for Maldivian travellers to India.

Monday will be the main day of engagements.

Solih will be given a guard of honour at the Rashtrapati Bhawan, followed by a meeting with Prime Minister Narendra Modi at Hyderabad House and a press statement at 1 pm.

As part of the state visit, a banquet in honour of President Solih and the first lady will be hosted by Prime Minister Modi.

Modi visited the Maldives last month to attend Solih's swearing-in ceremony. Ties between India and the Maldives had suffered a downward spiral under the previous Abdulla Yameen administration who replaced the Maldives' pro-India stance with a pro-Bejing stance. Yameen had also signed a free trade agreement with China.