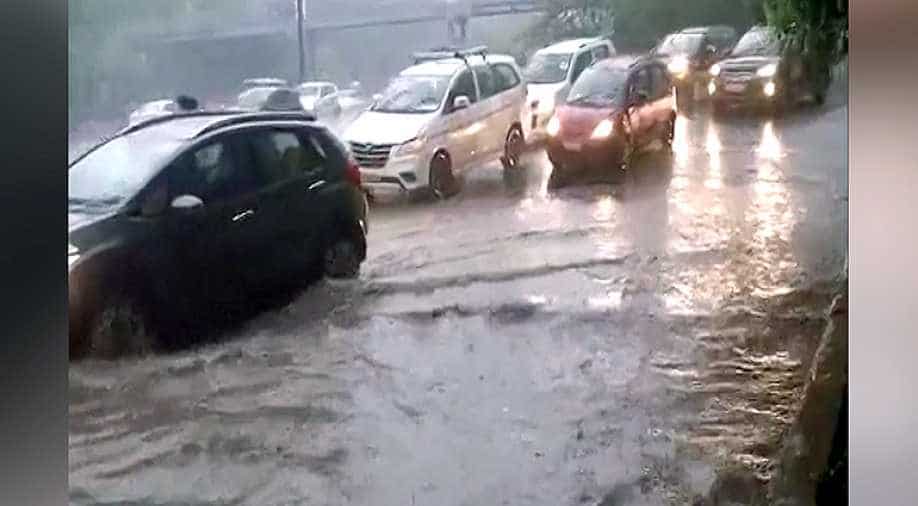 According to Safdarjung Observatory, Delhi received 12.6 mm rainfall till 8.30 am.

According to Safdarjung Observatory, Delhi received 12.6 mm rainfall till 8.30 am.

The Palam Observatory received 38.5 mm rainfall. Humidity was recorded at 97 per cent.

The Delhi traffic police also tweeted out some information for the commuters.

''I/P flyover has been temporarily closed for commuters due to overflow of sewer water in the area,'' Delhi traffic police tweeted.

Traffic is affected from Khyber Pass towards Model Town due to water logging near Mall Road.

The India Meteorological Department has predicted cloudy sky with moderate rainfall and scattered thundershowers throughout the day.