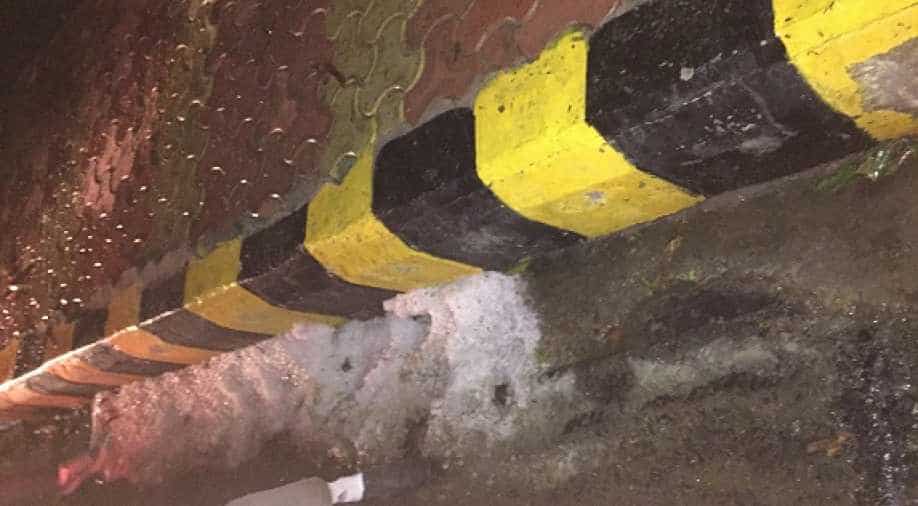 The minimum temperature in the city settled at 15 degrees Celsius, six notches above the season's average

Heavy rains and hailstrom accompanied by strong winds lashed the national capital region on Thursday, bringing the mercury down by four to five notches.

The Safdarjung observatory, whose reading is considered the official figure for the city, recorded 4.8mm rainfall between 8.30 am and 8.30 pm. Rains continued even after that but figures for the same were not available.

The humidity level oscillated between 100 and 89 per cent.

The weatherman has forecast shallow to moderate fog for Friday morning and mainly clear skies during the day.

The maximum and minimum temperatures is expected to hover around 19 and 10 degrees Celsius respectively.

Operations at the Delhi airport saw massive disruption as 38 flights had to be diverted between 6 pm and 8.45 pm, and several others faced delays of over two hours due to unfavourable weather conditions.

Operations of smaller aircraft such as the Bombardier and the ATR were suspended for a while due to strong winds but resumed later, airport officials said.