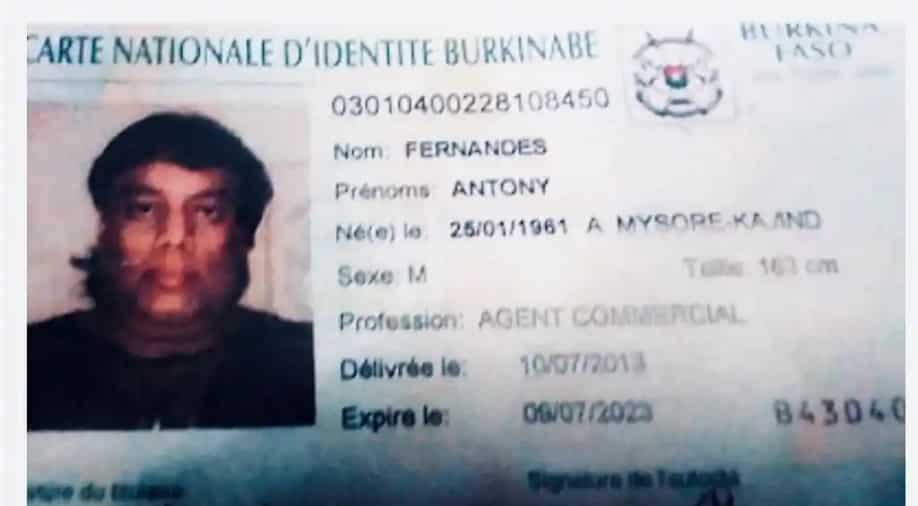 In the last three years, Pujari had shifted base from Burkina Faso to Senegal and opened a restaurant named Maharaja that had gained popularity

Notorious gangster Ravi Pujari who has managed to give security officials the slip since 1994 has finally been brought to India.

Karnataka police, where over 97 cases have been registered involving the deadly gangster, took custody of Pujari in Senegal after the country's Supreme Court ordered his extradition on Feb 19 2020.

The SC of Senegal had ordered for his immediate extradition to India taking into consideration his record of activities and misuse of the country of Senegal, said Amar Kumar Pandey, ADGP(Law and Order). The gangster was arrested in Jan last year after first positive identification on December 2018.

Ravi Pujari had acquired citizenship of Burkima Faso where he stayed for 13 years as a businessman and ran textile businesses and hotels.

However, in the last three years, Pujari shifted base from Burkina Faso to Senegal and opened a restaurant named Maharaja that gained popularity.

According to the police, Pujari continued his extortion business from Senegal too targeting personalities from the film industry, businessmen, builders and developers, doctors and other professionals.

He was also notorious for meddling in political activities by making threatning calls to people in political life or those expressing political opinions.

"Ravi Pujari was sent to prison on 19 Jan 2019 and he remained in prison until he was handed over to Indian authorities on 22 Feb 2020. This is to set the record straight," said ADGP Amar Kumar Pandey.

After years of trying to find the elusive underworld don, Pujari ran out of luck when he featured in images of a football tournament that he had sponsored.

The images went viral which tipped off security officials who positively identified him on December 18, 2018. His identity was again verified on Jan 1, last year. Security officials then closed in on him when he went to a salon to colour his hair and apprehended him on Jan 19, 2019.

59-yr-old Ravi Pujari has been remanded to police custody till March 7, 2020.

'After a long chase of a ghost-like figure it comes to a conclusion' said the ADGP. Pujari has 97 cases in Karnataka alone, of which 47 cases are in Bengaluru city. Other cases against Pujari are registered in Maharashtra, Mumbai, Thane, some districts of Gujarat and Cochin.

Pujari had not been traceable since 1994 when he is believed to have escaped to Nepal using a fake Indian passport.

The passport registered his residential address in Mysuru, Karnataka. The fake passport enabled him to travel from Nepal to Bangkok, following which he went to  Uganda and then Burkina Faso where he stayed for 13 years.

The don's original name is Ravi Prakash Pujari, however he was bestowed the alias Anthony Fernandes by his mentor and gangster Chota Rajan. It was with this alias that Pujari managed to get a Burkina Faso passport.

However, over the years Anthony came to be known as Tony and then finally as Rocky Fernandes in Senegal. Pujari is said to have gained popularity among the Senegal social circles with his philanthropic work by donating clothes and pump sets etc.

"It was a defining moment for us when we saw him in the flesh first time. We had mixed feelings. But once we took him into custody he opened up and got comfortable," said the ADGP.

"The Karnataka police intends to complete processes in the ongoing investigations, after which all the agencies that would like to investigate their cases involving Pujari will be given the opportunity. This brings us to the situation where a fugitive for many years has been brought before the law" concluded ADGP Amar Kumar Pandey.