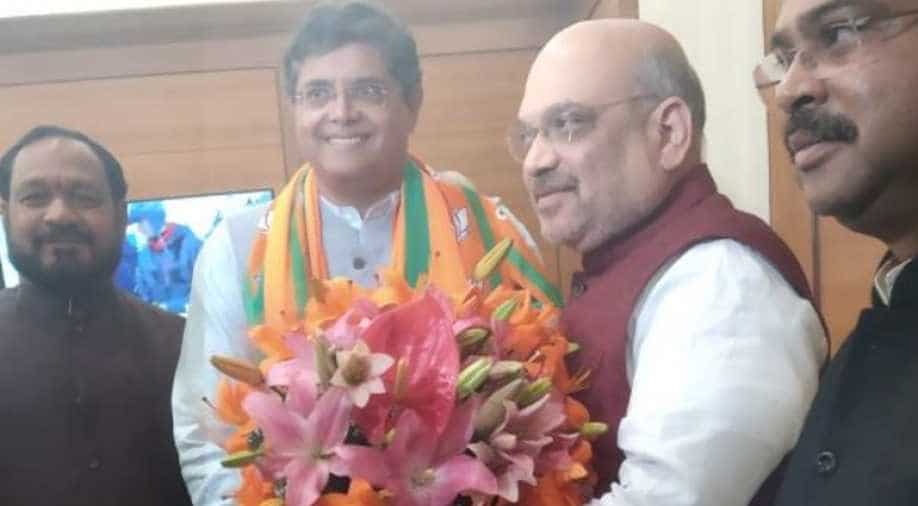 Panda was suspended from the BJD for his 'anti-party activities' in January last year. Later on May 28, 2018, Panda ended his over 18 years of association with BJD by quitting the party.

Welcoming Panda into the party fold, Pradhan said, "A new force has joined BJP today. He has been a well-known face in both upper and lower house of parliament for about 20 years. His coming to BJP is also a testimony of growing stature of BJP in Odisha."

Speaking at the occasion, Panda said, "It is no secret that I have admired Prime Minister Narendra Modi's leadership and the direction in which it is taking the country. We have a situation in Odisha where governance has very sharply deteriorated in recent years. There has been an extremely high rise in crime and corruption. This needs changing and only BJP is capable of doing it."

After joining the BJP, Panda also met with BJP chief Amit Shah. Panda was suspended from the BJD for his "anti-party activities" in January last year. Later on May 28, 2018, Panda ended his over 18 years of association with BJD by quitting the party.

In his strong-worded resignation letter addressed to BJD chief and Odisha Chief Minister Naveen Patnaik, Panda had stated that he was disappointed with the kind of politics being practised by the party.

"It's with deep anguish, hurt and sorrow that I have decided to quit the politics into which our BJD has descended," Panda had written.

He also later resigned as a member of the Lok Sabha from Kendrapara constituency on June 12.

The relation between Panda and his former party BJD further soured in September after the Biju Janata Dal (BJD) workers staged a protest in Bhubaneswar, demanding his arrest for allegedly flying his chopper over an "eco-sensitive zone" in Chilika Lake.

Panda, who also describes himself as a helicopter pilot and columnist, has often heaped praises on Prime Minister Narendra Modi and Central government policies.

At the same time, he had also criticised Odisha government on various issues.

Recently on February 25, Panda criticised the state government on the education issue and wrote on his twitter, "Odisha education has sharply deteriorated in the past 5 years.

The corrupt and the criminal function with such impunity (despite the department`s earlier "strict action") because they know they can wriggle out by cosying up to the coterie that now runs the state (and protects many like them)!"So far, Panda has served as Member of Parliament for a total of four times twice in the Lok Sabha and twice in the Rajya Sabha.