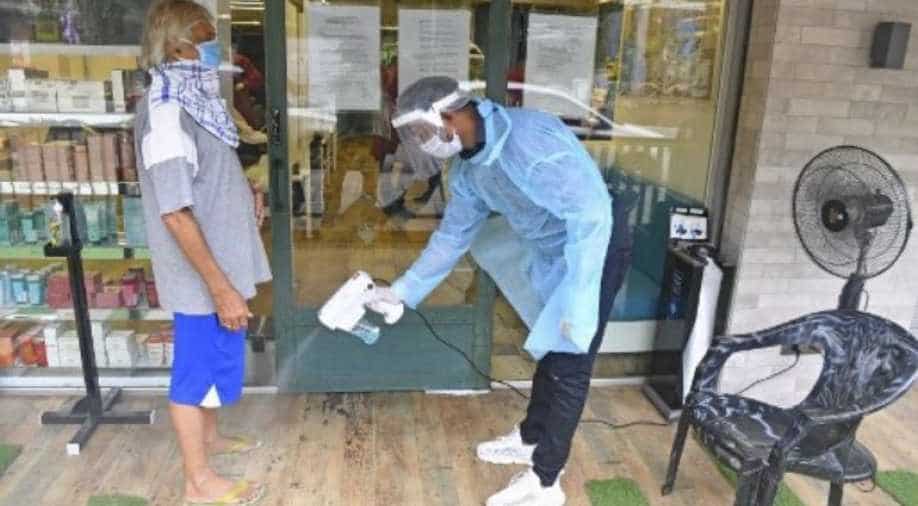 India has listed its COVID-19 strategy at the United Nation's Human Rights Council saying the mantra is ‘Jaan bhi, Jahan bhi’ which is "saving lives as well as livelihoods."

India's first secretary, Permanent Mission of India, Geneva, Pawan Badhe said, "India has continued on the path to ramping up our capacities, securing the needs of poorest citizens and future-proofing our society.." and "was among the first few countries to create a responsive system of lockdown, in launching public awareness campaigns about social distancing and use of face masks."

While India has now the second-highest numbers of COVID-19 cases in the world after the US, it also continues to post high recoveries, according to government data which says recovery rate has touched 78.28% in the country.

India currently has 298 COVID-19 testing labs. As COVID-19 pandemic started to spread across the world, India has put in place nationwide lockdown starting in the month of March. Currently, the country is in the unlock phase.

Badhe at the HRC highlighted India has "emerged as the second-largest manufacturer of PPE kits in the world" and has been "deploying indigenously developed digital tools for contact tracing and to predict emerging hotspots".

"We have managed to keep our fatalities at one-and-a-half per cent, for we responded by – coming together not growing apart; collaboration not confusion; preparation not panic."

India announced the economic stimulus package to deal with the crisis. Under the Prime Minister’s Garib Kalyan Package, $ 22 billion has been set out to alleviate the situation of the poor and vulnerable and funds were transferred through direct cash transfer schemes to 28 million poor senior citizens, differently-abled people, and widows.

India sent medical supplies to over 150 nations was also pointed out by the Indian diplomat. He said,"universality of human needs has guided our collective action" and "India remains committed to being inclusive and non-transactional in collaborating with other stakeholders in a collective quest to develop solutions to manage the crisis."