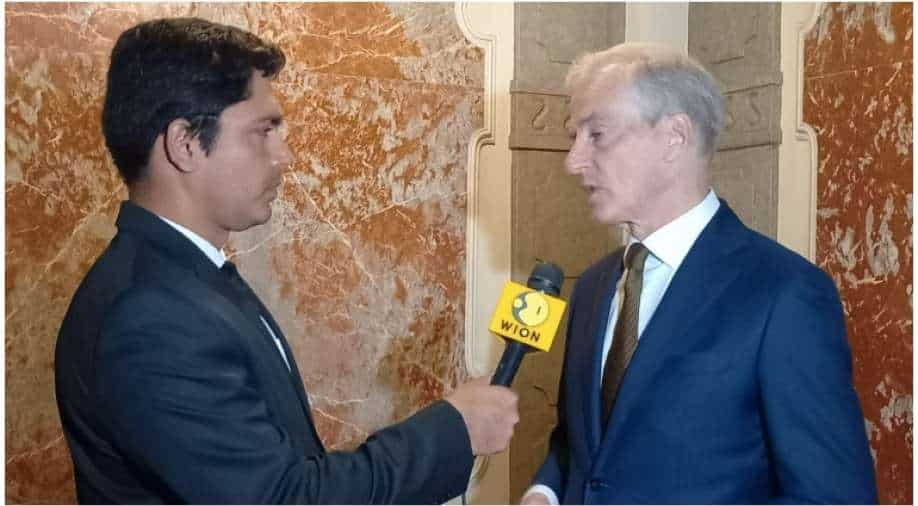 "We want to take our economies forward," said PM Store noting that though India and Norway are countries of different experiences but they shared a large ocean.

He said that his talks with PM Modi featured use of energy, especially renewable energy.

"PM Modi is a champion of renewable energy," he said.

"The (United Nations) Security Council is in danger because of the war in Ukraine because the permanent member is waging war," he said stressing that the world had to work with the current Security Council in best manner possible.

PM Store expressed his displeasure over civilian deaths and damage.

Ukraine's possible membership of NATO was something Russia was fiercely against prior to invasion. On the issue of NATO membership of any country, he said it was up to the country to decide.

"It's their choice to make, they have to make the choice of going to NATO," he said "We would welcome them to NATO"

PM Store insisted that the current conflict and dispute in Ukraine should be solved in peaceful manner through dialogue.