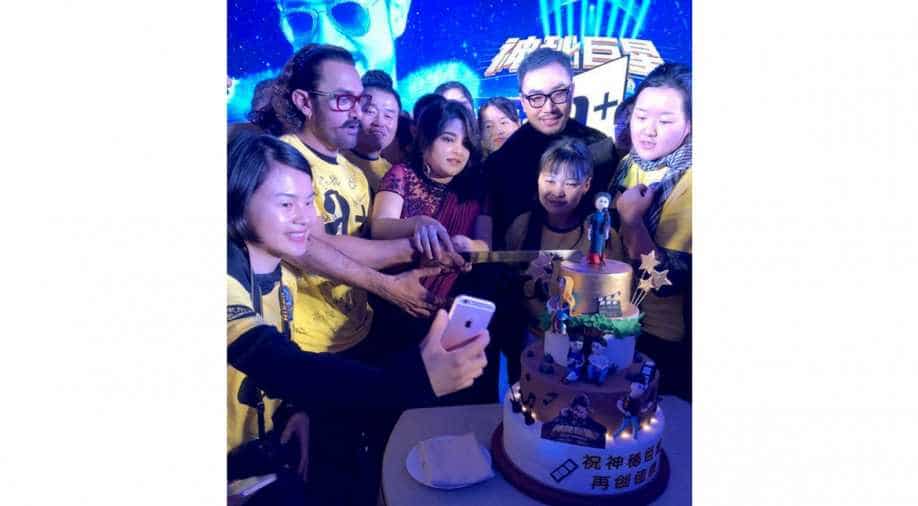 While in Shanghai with female cast Zaira Wasim, Aamir has been spotted having a good time on various TV show sets.

Couldn’t sleep all night! Aamir’s shining eyes and gentle eyesight still in my brain and surely become a wonderful memory for all over my life! #AamirKhan @aamir_khan pic.twitter.com/6L9sPzZLXD

As part of a promotional event, Khan was also seen shaking a leg on the song 'Sexy Baliye'.

The film directed by Advait Chandan, is a story about a 15-year-old girl Insia played by Zaira Wasim who dreams of becoming a singing sensation.