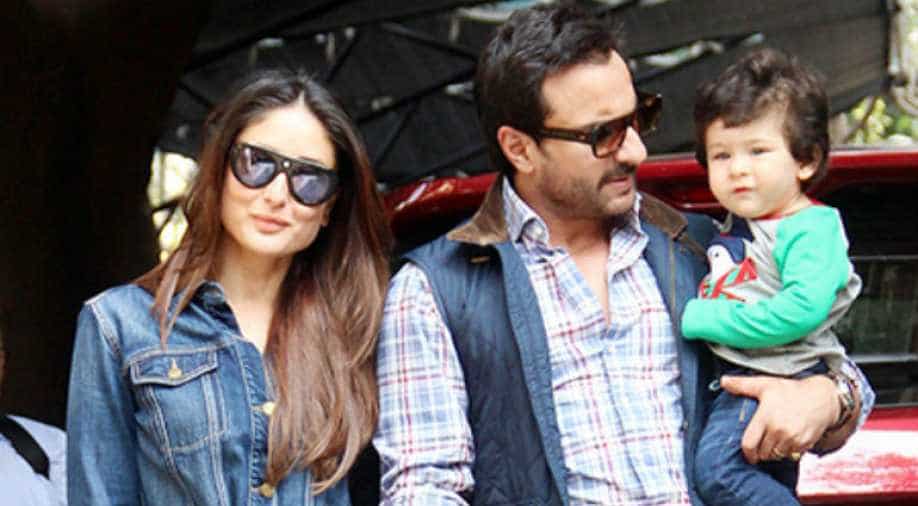 We just cannot get enough of Kareena Kapoor and Saif Ali Khan's son Taimur. The little one was the main attraction at the Kapoor family's annual Christmas lunch despite the presence of his well-known relatives.

As Kareena and Saif arrived at late actor Shashi Kapoor's residence for the get-together, all eyes were on Taimur as he posed along with his parents for the media. Dressed in blue denim and greed t-shirt, the cute little boy even smiled at the cameras.

Taimur's mother, Kareena Kapoor looked glamorous in a denim dress as she obliged for the cameras. Her sister Karisma Kapoor came in with their mother, actress Babita and her two kids Samaira and Kiaan.

Karisma posted some inside photos of the get-together. One was of her and her family including parents Randhir Kapoor and Babita. The other photo was of Krishna Raj Kapoor, Karisma Kapoor's grandmother posing with her great grandchildren- Samaira, Kiaan and Taimur.

With the grand lady ???? #greatgrandma#greatgrandkids????#christmascheer??????#familylunch

The tradition was started by Shashi Kapoor and his wife Jennifer. As the veteran actor passed away a few weeks back, the Kapoors decided to continue the tradition.