Huma Qureshi is all fireworks at Cannes, watch her stand tall with a dangerous slit! 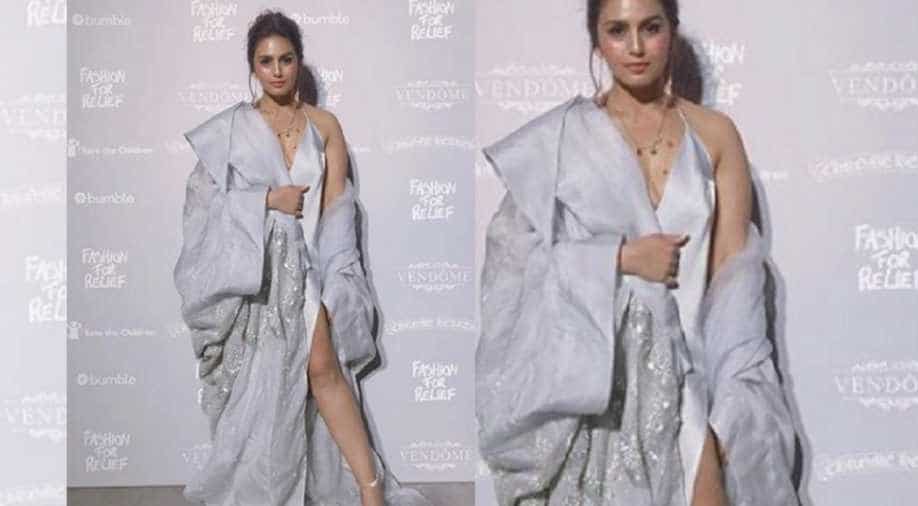 This is the year of Bollywood as Deepika Padukone, Kangana Ranaut, Aishwarya Rai Bachchan and now Huma Qureshi has totally owned the Cannes Film Festival with their sartorial choices and style!

Seen earlier today for a show titled ‘Fashion for relief’, Huma made an appearance in a silver slip-on dress topped with an oversized sequin cape jacket. But wait, that’s not all as the highlight of her look was the dangerous high slit that goes all the way up to her thighs. Even her makeup and hairstyle complement her look as she has a very contemporary royal vibe.

Huma Qureshi proved she has enough sass for an international film festival as she debuted this year. While making some noise, Huma spoke on sexual harassment at Cannes. She said, “Well, as a woman, absolutely, I have had to deal with people making advances at me, but not just people from the business of film industry, but people across different professions and different strata. I think it has a lot to do with power, it is not only limited to the film business.”

This is what she wore: