Ensuring well being of our community is priority: Indian envoy to Italy 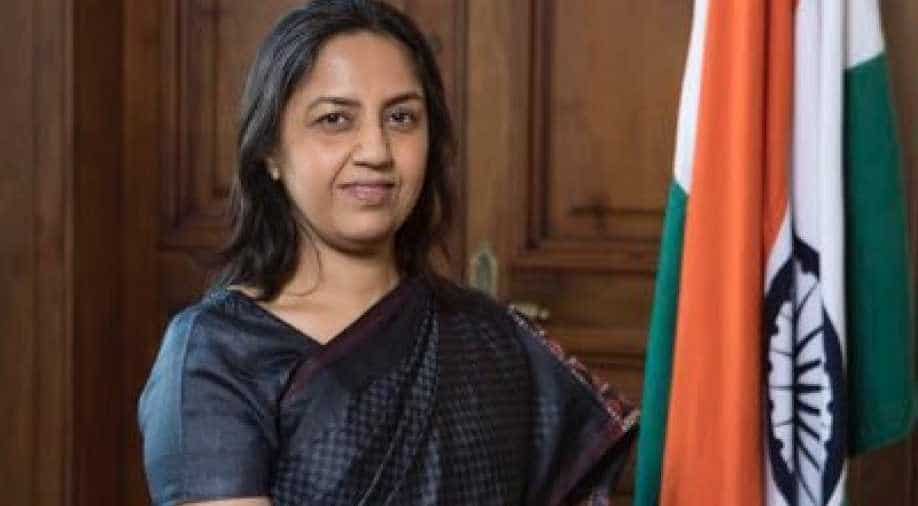 Indian envoy to Italy Reenat Sandhu, while speaking exclusively to Wion's diplomatic correspondent Sidhant Sibal said the Indian mission was ensuring "well-being and safety" of the Indian community and the Indian diplomats were putting "in our best despite the limitations."

The epicentre of the coronavirus outbreak has swiftly shifted to Italy, with 77,635 confirmed cases and over 12,000 deaths. While the government has been into a decisive action over the increasing number of cases, the Indian High Commission in Rome and the Indian community have played a important role as well in helping people out.

Indian envoy to Italy Reenat Sandhu, while speaking exclusively to Wion's diplomatic correspondent Sidhant Sibal said the Indian mission was ensuring "well-being and safety" of the Indian community and the Indian diplomats were putting "in our best despite the limitations."

Excerpts from the interview:

Sidhant Sibal: What is the situation in Italy?

Reenat Sandhu: Italy has taken a number of strong measures in quick succession to contain the virus. Starting with 11 municipalities and 50,000 people in quarantine on February 23, the coverage of the measures has been extended -- first to the Lombardy region and 14 provinces in north Italy on March 8, and then to a lockdown of the entire country on March 10. Through all these measures, the effort has been to restrict movement of people and stop community transmission. Since March 11, all non-essential commercial activities have also been suspended, keeping essential services like food stores and pharmacies open. Production activities in sectors considered essential like banking, postal and financial services, logistics and transport, pharmaceuticals and healthcare, and energy and agro-industry continue to be operational.

As far as the numbers are concerned, while the total number of positive cases continues to be big, we are seeing an encouraging downward trend in the new cases reported over last couple of days. We are seeing a plateau and we hope that, as projected by the scientific community, Italy’s figures will soon reach a peak and be able to turn the curve.

Sidhant Sibal: How are you helping the Indians in Italy? Are you roping in the help of Indian community?

Reenat Sandhu: This has been our number one priority. Right from the start of this crisis in Italy, the embassy has been in close touch with various groups of Indian community to ensure their well-being and safety.

Several innovative strategies have been adopted to address concerns of specific groups. This includes data gathering for targetted messaging and taking the help of the local community support groups in various parts of Italy to assist Indian nationals in distress. A few local Indian NGOs have been helping, along with the local Gurudwaras which are providing free food in many areas. Some Indian restaurants have stepped forward to support stranded Indians. On certain occasions, we have also extended assistance in the form of providing accommodation and food to students who did not have the means. We have been using social media quite effectively for messaging and four helpline numbers are operational 24X7 to support the community.

The Italian government has ensured that essential supplies and services like food stores, supermarkets, pharmacies, public transport, banks and local police headquarters remain are open. Their only advise is that people should go out for essential work only, like buying groceries and maintain a safe distance of at least one meter from others. There are several support measures in the form of a helpline number of the Italian Health Service for those who have any health concerns. We have been regularly advising Indian nationals about these facilities which are available.

Sidhant Sibal: How the coordination efforts with various agencies have been?

Reenat Sandhu: During this entire period, we have worked closely with the Italian government authorities, including the Foreign Ministry and health officials, who have extended full cooperation and support. Thanks to them, we could undertake the task of medical testing of over 300 students by a team of Indian doctors despite a lockdown of the city, and ultimately facilitate their return. We have also relied heavily on, and received full support from, the Government of India especially the Ministry of External Affairs and Ministry of Health. We are grateful to everyone for their encouragement and support, which has helped our entire team at the Embassy to remain motivated and enthusiastic and to put in our best despite the limitations.