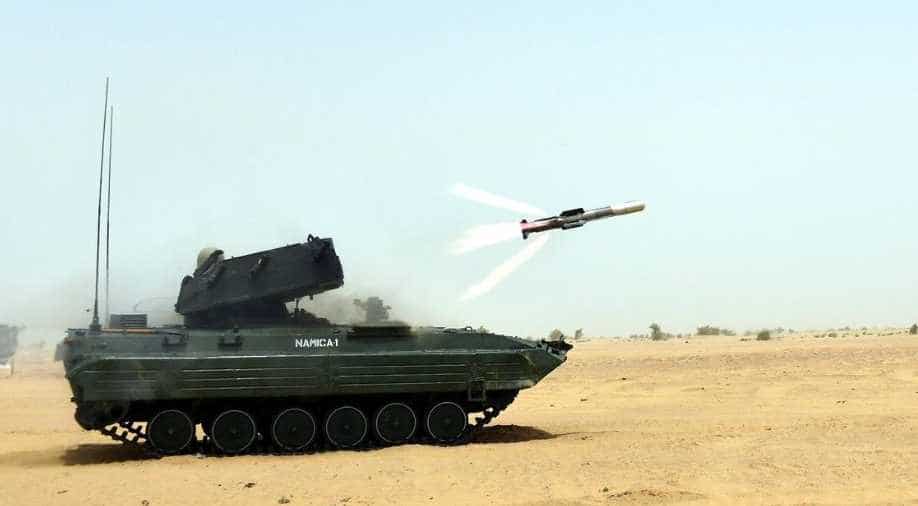 According to officials associated with the project, the missile was testfired around 12 times during the 11-day period and the mission was completed on Thursday.

"NAG, the DRDO's indigenously developed 3rd Generation Anti-Tank Guided Missile (ATGM) has successfully undergone a series of summer trials at Pokhran Field Firing Ranges carried out by the Indian Army during 7-18 July 2019," Ministry of Defence said in its statement.

According to officials associated with the project, the missile was testfired around 12 times during the 11-day period and the mission was completed on Thursday.

All missiles met the mission objectives including minimum and maximum ranges, direct attack as well as top attack modes and achieved a direct hit onto the target.

Nag ATGM has been developed by DRDO to engage highly fortified enemy tanks in all weather conditions.

The Defence Acquisition Council had last year approved the procurement of DRDO designed and developed NAG Missile System (NAMIS) at a cost of Rs 524 crore.

The system includes a third generation Anti-Tank Guided Missile, the NAG, along with the Missile Carrier Vehicle (NAMICA).

The missile is a third-generation anti-tank guided missile which has top attack capabilities that can effectively engage and destroy all known enemy tanks during day and night.

The successful induction of the NAG missile into the Army is expected to give a quantum boost to the Army's capability against enemy armour.